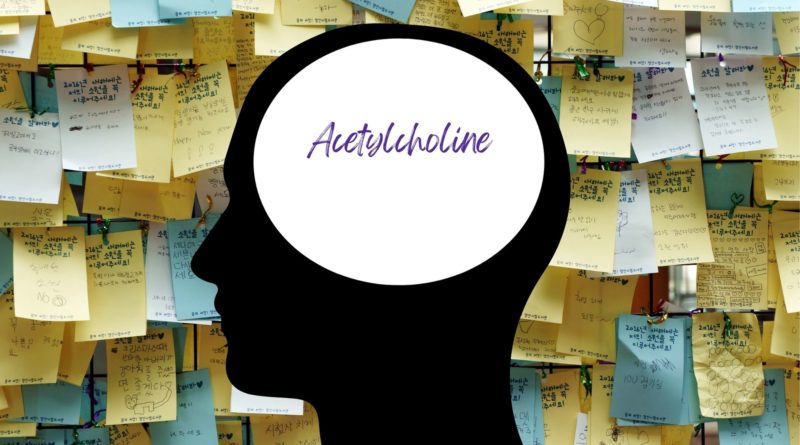 Acetylcholine has caught the attention of scientists and health enthusiasts, and for good reasons. It is a major neurotransmitter crucial to brain and bodily health, and a target for treatments of debilitating conditions such as Alzheimer’s Disease and dementia. It is also considered a potential target for people wanting to improve their brain function- or prevent its decline- generally. And yet there is more than enough mystery surrounding its precise roles and functions, and healthy ways ordinary people can manipulate their levels. In cases such as these, the best you can do is look at the available evidence to guide your decisions. Read on for a summary of this evidence.

However, research is ever increasing, and so we are building up a more detailed picture of the specifics as we speak.

Just what do we know about acetylcholine?

It has diverse functions- not just on the nervous system, but also beyond it.

For starters, it helps the brain perform a number of cognitive processes. Both human and animal studies have shown it can affect performance in short-term memory tasks.

We are constantly learning more about how it works to affect memory. For example, we previously thought it acted specifically on the part of the brain called the hippocampus, but now we think it may involve a wider range of brain regions over a tightly regulated time frame. Regardless, Its importance to memory is perhaps most dramatically illustrated by the association observed between disruptions and pathologies such as Alzheimer’s Disease and dementia (see more about this below). It also fosters learning, in part by helping to direct attention and increase effort/focus, and detection of stimuli that require a behavioural response.

Mood seems to be impacted by acetylcholine, too.

Acetylcholine seems to have a role in neuroplasticity, or the brain’s ability to change the structure of its neural networks and therefore its activity patterns. For example, it is involved in neuron growth, development of connections between different areas of the brain, and may help alter the shape of neurons. This would be irrelevant to enviable people whose brain always functions perfectly and never works against them, but I for one am glad that the brain can change well into adulthood.

It is also used in the development of connections between neurons and muscle fibres. Through these connections, acetylcholine stimulates muscle contraction and therefore has a significant role in muscle function.

Plus, it acts on the immune system. Functioning nicotinic receptors have been seen in some immune cells, allowing acetylcholine to produce anti-inflammatory effects via the immune system once it’s released from the CNS. Furthermore, it’s not just neurons that can produce and release acetylcholine- immune cells have been seen to contain the enzymes required to synthesise it. Regardless of whether it is released from neurons or immune cells, the immune function of nearby cells is impacted.

Meanwhile, functioning nicotinic receptors have also been seen in epithelial cells (cells that line surfaces of your body, including skin, blood vessels, organs…) and a number of tumour cells. This indicates just how wide-ranging its effects may be.

Can you alter your acetylcholine levels naturally?

Acetylcholine supplements don’t exist. Even if they did exist, it would be pointless taking them as they would get broken down during the digestive process.

However, you can potentially boost your acetylcholine levels by consuming choline-containing foods. Choline is an essential nutrient that is used by the body to produce acetylcholine. Seeing as we can’t consume the neurotransmitter itself, this may be the next best thing. Choline supplements are also available, however most people should find it fairly easy to get adequate amounts through a balanced diet including foods such as liver, beef, fish, pork, chicken, dairy, cruciferous vegetables, red-skinned potatoes, some beans, nuts, seeds and wholegrains.

There are rumours of other supplements that may have potential to reduce the activity of acetylcholine-degrading enzymes, and improve brain function. However, the quality and quantity of evidence is so weak that we can at best consider these supplements as  deserving further study. We can NOT recommend any for therapeutic use as yet. For example:

How are acetylcholine and Alzheimer’s Disease connected?

Alzheimer’s Disease is characterised by progressive dementia and memory impairment. Over time, people who suffer from it begin to display neuropsychiatric symptoms and lose independence. Diagnosis of it is not clear cut- we can actually only achieve a definitive diagnosis with an autopsy, so in life, people may receive a “probable” diagnosis of Alzheimer’s Disease.

The disease itself is not completely understood, despite ongoing research and its high prevalence amongst elderly people. There are a number of hypotheses regarding its cause, but none are yet accepted as scientific fact.

While we don’t know the cause, each of these hypotheses implicates acetylcholine or associated compounds/processes, and inflammation.

Acetylcholine-producing neurons have been identified as a potential contributor because a loss of them is commonly seen in Alzheimer’s Disease. In addition, reduced numbers of them are linked with memory alteration and cognitive decline in the elderly more generally. However, this is a case of correlation not causation.

Furthermore, more recent research throws a shadow of doubt over the cholinergic hypothesis: when acetylcholine-producing neurons have been damaged in animals, little to no impact on memory has been seen. One possible explanation is that the hypothesis in its pure form is too simplistic, and does not allow for the multiple complex factors that determine memory.

It has also been seen that in later stages of the disease, activity of acetylcholine-degrading enzymes (known as cholinesterases) significantly increases. In animal and cell culture studies, increased activity of these enzymes has increased oxidative stress, inflammation, and the accumulation of abnormal proteins, altered neuron shape- and also encouraged apoptosis (programmed cell death). Inflammation also inhibits synthesis of brain-derived neurotrophic factor (BDNF)- a compound that protects neurons and creates neurons and connections between neurons.

Drugs that inhibit acetylcholine degrading-enzymes are used as treatments. Despite the incomplete understanding we have of Alzheimer’s Disease, the evidence suggesting a link with acetylcholine has been enough to warrant their use. And they do produce somewhat successful results: we’re talking boosted activity of acetylcholine, reduced inflammation, and improved neuroprotection. However, they do not offer a cure- only some symptom relief and a delay in disease progression. There are also a number of possible side effects, such as nausea, diarrhoea, vomiting, decreased appetite, indigestion, anorexia, muscle cramps, fatigue, insomnia, dizziness, headache, weakness.

Recently, research efforts have been directed towards developing drugs or other therapies that target acetylcholine receptors, as opposed to acetylcholine itself. So far, researchers are up to studying the effects of such therapies on animals. This means if the results are encouraging, it will still be some time before the treatments are used in clinical trials and then available to the broader public.

Acetylcholine has major affects on the brain: it is involved in cognitive processes including learning and memory, in mood, and in neuroplasticity. There are lots of grey areas in the research, but a deficiency of this neurotransmitter certainly seems to be implicated in the cognitive decline seen in Alzheimer’s Disease and dementia. Researchers are working not only to fill in the gaps of our knowledge, but develop better treatments for these conditions. The rest of us may be able to take to safeguard our brain power, and maintain healthy acetylcholine levels, by including a variety of choline-containing foods in a balanced diet.

Walczak-Nowicka, Ł.J., and Herbet, M. (2021). Acetylcholinesterase Inhibitors in the Treatment of Neurodegenerative Diseases and the Role of Acetylcholinesterase in their Pathogenesis. International journal of molecular sciences. 22(17), 9290. https://doi.org/10.3390/ijms22179290