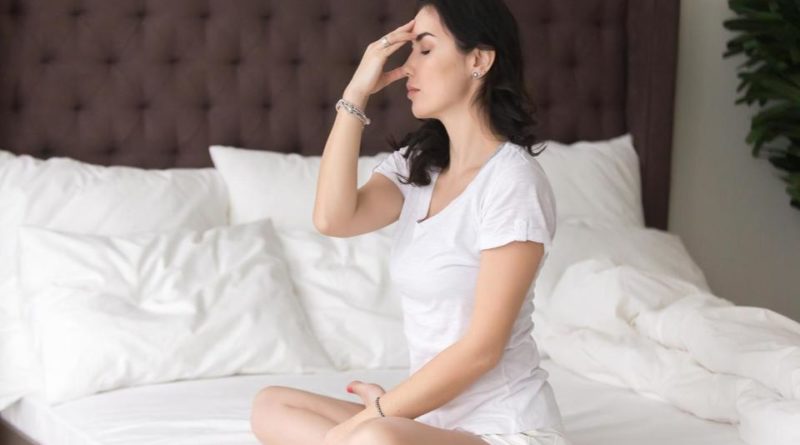 Alternate nostril breathing is a traditional, centuries-old yogic practice. Known as nadisuddhi pranayama in the native tongue, it has long been used for the reputed purposes of reaching physical and mental balance, relieving dissatisfaction and unrest.  Now western hippies have caught on- and, western science has started to as well. Let’s look at what science says.

Alternate nostril breathing is just what it sounds like. You might have noticed some straight-backed yogis sitting at your local beach/park touching their nose with their eyes shut. More precisely, they’re placing their thumb over one nostril as they breathe in, then closing the other nostril with their fingers as they breathe out, and continuing to do so for a number of minutes. Yep, that’s it.

In fact this is just one of a number of breathing exercises in yoga, each of which have different effects. Key among them are alterations to cardio-respiratory and autonomic function, reduced anxiety and stress.

The research that’s been conducted specifically into alternate nostril breathing has generally been encouraging. However, one major caveat is that the majority of these studies have been far too small to allow confident conclusions to be drawn. Further, many of the studies I refer to were produced within the same research institution.

How does alternate nostril breathing work?

You may not have noticed it (I sure hadn’t!) but we have an inherent nasal cycle, where opposite nostrils alternately congest and decongest. This all happens unconsciously, likely spontaneously, and occurs because of complex autonomic (i.e. involuntary) nervous system control over blood vessels within your nose. When the parasympathetic nervous system (i.e. that branch that gives rise to the slower, calmer  “rest and digest” states) has dominant activity on the right side of your nose, the sympathetic nervous system (i.e. “fight or flight”) is dominating on the left side of the nose. This rotates. Parasympathetic dominance causes blood vessels on that side to dilate, while sympathetic dominance constricts vessels. Dilated vessels effectively fill up and cause partial blockage of that nasal passage.

The net result of this is that at any given time, one nostril is the main player in breathing, and the other follows/is a support act.

In alternate nostril breathing, people voluntarily superimpose on and alter this unconscious rhythm, to affect the autonomic nervous system.

One of the key claims of alternate nostril breathing is that it increases the power of the parasympathetic nervous system. Another way to look at it is that breathing through alternate nostrils is believed to bring about a balance between sympathetic and parasympathetic nervous systems. Because we live in a society where being under high stress is the norm rather than the exception, anything that can safely accomplish such a balance would be worthwhile.

We are not 100% on top of the details regarding how alternate nostril breathing adjusts the autonomic system. What I can say is it’s complex. In broad strokes, it appears that the air flow activates mechanical receptors in the mucosa lining the nostril. These receptors then transmit signals to parts of the hypothalamus which regulates the sympathetic and parasympathetic nervous systems.

This is not claiming that the nostrils are exclusively served by the parasympathetic or sympathetic system, just that they are more strongly innervated by them. From this follows the theory that breathing (air flow) through the left nostril selectively activates the parasympathetic nervous system and vice versa. Research into breathing through a single nostril is used in support of this idea.

I’m a bit sceptical about how well this evidence translates to alternate nostril breathing, however. In general support of the right/left nostril division, the literature provides a number of possible, logical sounding explanations for why alternate nostril breathing initiated at the left nostril induces relaxation, and that initiated in the right nostril has stimulatory effects. Remembering that in alternate nostril breathing you breathe in through one nostril, directly followed by an exhalation through the other, I find it hard to imagine how simply starting the process in one particular nostril could dramatically alter the effects on the nervous system… even if there are clear differences in nervous system dominance between the two nostrils… at best, it might mean that the first nostril is used one more time than the second.

To be fair, there has been research showing that right nostril initiated alternate nostril breathing can shorten auditory and visual reaction times, which suggests sympathetic activity is enhanced. And, the reverse occurred during left nostril initiated alternate nostril breathing. But there may be other reasons for the observed changes in reaction times. Further, more rigorous research should definitely be pursued to explain how the starting nostril alters physiological effects.

To me, there’s a mismatch between the supposed differences between starting with the left or right nostril, and the claims that alternating nostril breathing uniformly leads to parasympathetic dominance. I’d say, at most one of these ideas can be true.

A single session appears to produce acute effects, whilst regular practice likely provides additional chronic benefits. However, there is inadequate delineation between the two in the research.

For example, one weakness in a study of 36 young people (who performed alternate nostril for 15 minutes each morning for four weeks) was that initial physiological measures were taken before the first session of alternate nostril breathing. In contrast, the end-of-study measures were taken directly after the final sessions. This possibly confuses acute and chronic effects. It may have been more useful to do the final test before or separately to the final session. This could’ve given more insight into whether alternate nostril breathing alters your background level of parasympathetic activity and physiological state, throughout the day and not just directly after practice.

The aforementioned improved balance between sympathetic and parasympathetic activity is linked to many other benefits throughout the body. Most studies assess people during or immediately after practice, and hence how many hours afterwards the changes persist for is unknown.

In small studies, Systolic (SBP) and/or Diastolic Blood Pressure (DBP) reductions have been seen after single sessions- in people with either normal or high blood pressure. Chronic effects may also be attainable. In the study of 36 young people mentioned above, DBP reductions were significant over time. Although, as mentioned above, the timing of measurements may complicate the picture here.

It is known that  DBP levels are affected by the peripheral resistance provided by blood vessels themselves- and lung inflation has been known to decrease this. The activation of stretch receptors within the lung causes reduced sympathetic activity to blood vessels in skeletal muscle- thus allowing vessels to vasodilate and offer less resistance to flow. Deep breathing is common to alternate nostril breathing and other yogic breathing practices, so we can’t say the use of alternate nostrils makes a material difference… but this is still relevant to the practice overall.

Back to the question of left vs right nostril effects, a small study showed SBP and DBP  (as well as heart rate) reductions immediately after left-nostril initiated alternate nostril breathing, but  increases after right-nostril initiated practice. This is not enough proof in itself, but it does put a question mark over the topic.

However, it seems that yoga practice dulls any sympathetic activity increase in response to a single session, while also enhancing the effect of alternate nostril breathing on heart rate variability in the long term.

While we’re on the heart…

A trend to a reduced resting heart rate was also seen in research. This is generally taken as a sign of fitness and the heart not having to work as hard.

Increased peak expiratory flow indicates less obstruction of airways. A hypothesis is that regular practice increased the capacity of the bronchus to dilate and the compliance of the lungs and chest cavity. When the lungs inflate and the pulmonary stretch receptors are activated, the smooth muscle lining the airways reflexively relaxes, which likely reduces airway resistance. For these reasons alternate nostril breathing may be a useful complement in a well-rounded management plan for chronic obstructive pulmonary disease.

Other possible explanations are: the practice increases respiratory muscle strength and efficiency (allowing the lungs to be filled and emptied more completely), helps clear out airway secretions, or stimulates the release of molecules (surfactant and prostaglandins) into the alveoli, which increases compliance.

Increased parasympathetic and reduced sympathetic nervous system is directly linked to a lowered “stress state”, less release of adrenaline and cortisol. Yogic practices not only regulate breathing  to this end, but the act of concentrating on breathing can take attention away from worrying thoughts.

It may improve vigilance or sustained attention. People who performed alternate nostril breathing did better in a digital vigilance test (fewer errors, completed more quickly) compared to others who did a breath awareness activity (another useful relaxation technique) or no intervention. This was seen after a one-off session. However, training may also enhance the effect, as suggested by a small study among 20 young men with at least 3 months experience of yoga breathing techniques. In response to alternate nostril breathing, EEG changes indicated improved cognitive processes which are required for sustained attention and immediate memory, increased resources to process a stimulus, and increased processing speed. As there was no comparison group, it is unclear whether a single session would have had such dramatic effects among the untrained.

There is a theory that the relaxing properties of alternate nostril breathing may free attentional resources for cognitive tasks at hand. Reducing stress takes away a key distracting variable that can hinder performance. However, in the above EEG study variables of the nervous system were not measured, so we cannot tell whether a calmer state had a role in the enhanced attention.

We are unsure how long effects last for, as assessments relating to attention have been conducted straight after a session. Future studies should test wider time-frames to help rectify this.

In my literature review I also came across a statement that alternate nostril breathing may balance out the activity of the two brain hemispheres. I found little evidence to support this, except for one study in which participants displayed less asymmetry between the hemispheres in beta activity (indicative of mental engagement) towards the end of a 10 minute session.

Blood pressure vs attention, and the concilatory role of alternate nostril breathing

You might find alternate nostril breathing provides you a number of benefits. The body of research certainly suggests it will- however it also is also of inadequate scientific rigour to put too much stock in. If you have any lung conditions or breathing problems don’t dive in, as it could aggravate your condition- if you’re interested discuss it with your doctor. In the absence of this, it appears trying it out can’t hurt. In the absence of any clear evidence of what the most effective practice schedule is, sessions of 10-15 minutes (as used in many studies) seem a reasonable aim.