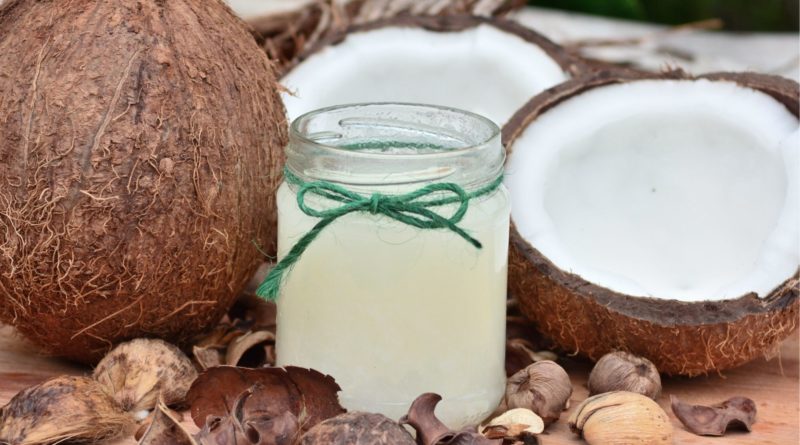 The world has been nutty for coconut oil for a while now. You may have been using it yourself. If you’re not 100% up to date on just what makes coconut oil special or have any uncertainty on how to use it, this is for you. As always, we hope to help you use scientific reason to support your healthy choices…

Coconut oil is extracted from the delicious white flesh of the coconut (otherwise known as the kernel). While it’s been a hot item in the non-tropical world in recent years, it has a very long history of use in many cultures. It’s been renowned for beauty purposes- eg hair, skin moisturising, as well as minor issues such as diarrhoea and inflamed skin. Some cultures also have been using it to treat cuts, swelling, injuries and other gastrointestinal problems. A study of rats has provided some support for its use in healing skin wounds.

Although the western world has well and truly cottoned on to this reputed globe of goodness, I have to admit, I was suspicious at the advent of its popularity. Why? Like a simpleton I clung to the adage I’d taken to heart as an undergraduate, that “saturated fat= bad” and “unsaturated fat= good”. Plus, coconut oil is 89-92% saturated fat, whereas polyunsaturated and monounsaturated fats- those generally regarded as healthy- compose just 6-7% and 2-4% respectively. This is why coconut oil is quite solid at room temperature- you could say, more like a lardy fat than an oil. I imagined it likewise sitting solidly in the arteries, forming a nice blockage. But, the reality is not that simple. There are in fact a number of benefits to it, including those directly relating to it’s fatty nature.

It contains antioxidants and small amounts of vitamins K and E, and choline. Some have made big claims about Vitamin E content, but actually only trace amounts of a-Tocopherol (a form of Vitamin E) are present in the thin brown layer attached to coconut meat, which is removed.

Fortunately, no trans fats were detected in coconut oil, regardless of processing methods, in a 2007 study.

The free fatty acids and monoglycerides can be effective against enveloped viruses, yeast & some bacteria.

One of the primary- and most potent- fatty acids is lauric acid. It is a medium chain fatty acid. Released from it’s triglyceride, it has antimicrobial (antibacterial, antiviral & antifungi) properties. For example, it has been shown to inhibit the growth of the bacteria, Clostridium difficile.

The mechanism by which lauric acid (and other medium chain free fatty acids) exert their antimicrobial actions is as yet incompletely understood. However, transmission electron microscopy has shown one action: exposure of Clostridium difficile cells to 2mg/mL of lauric acid led to the disruption of both the solution inside cells and their covering membrane. The latter changes how permeable cells are to water and other ions, with the result of death. This disruption of membrane structure has been observed using other laboratory staining methods.

These are significant findings, as Clostridium difficile infections are the main cause of antibiotic-associated diarrhoea around the world, and there is an increasingly problematic spread of it around the world. However, before we get too excited about the wonders of this natural food source, more research is imperative so we can understand what impact coconut oil has on the whole microbiome, including the much needed beneficial microbes

The breakdown of coconut oil also produces monolaurin, which is a lauric acid attached to glycerol (a monoglyceride). It also has antimicrobial properties; in fact, it has been reported that monolaurin has system-wide antibacterial activities, similar to that of breast milk. However, calculations and results of cell culture studies suggest that an adult would need to consume approximately 52g of coconut oil per day to achieve the same benefits of breast-fed infants. Furthermore, just how much coconut oil would be required to prevent harmful microbes from colonising the body may be different. This should be the subject of animal and, later, human studies.

Coconut oil may help in weight management. It also potentially reduces abdominal obesity, that most risky variety of obesities (contributing to elevated risk of heart disease, metabolic syndrome and others…).

I hear you ask, how does a fat do this? Well, lauric acid increases energy expenditure. It is also directly absorbed and burnt by the liver. A 2015 paper reports that medium chain fatty acids like lauric acid are readily absorbed from the small intestine and sent to the liver for processing. While long chain fatty acids require the amino acid product, carnitine, for transport to the energy powerhouses (mitochondria) of cells, medium-chain fatty acids do not. Apparently this means they can be quickly used to release energy, and so they are not deposited as fat.

It may also help in blood pressure management.

I’m really only including this as a point of interest as a pilot study from 2000 examined this topic, but is otherwise not well studied. The pilot involved just 15 patients with HIV who received either coconut oil or a low or high dose of lauric acid. The results (the abundance of the virus and other indications of patient prognosis after the intervention) were inconsistent. Some harmful effects were seen, particularly among people with pre-existing eosinophilia (excess of a type of white blood cells in the blood) and liver problems. However, with such a small study, and lack of follow-up research, one can’t draw conclusions.

What should I look for in coconut oil?

There is naturally going to be some variation between different coconut oil products based on the region from which coconuts are sought. However, the differences in fatty acid composition are minor: according to the analysis of different samples, lauric acid makes up 48-52% of the saturated fats of oils, caprylic acid approximately 7% and capric acid approximately 6%.

Other variations may come down to production methods. The fatty acid composition is here, again, relatively stable. A 2007 study from the Phillipines (one of the lands of the coconut), showed there was no material difference between Virgin Coconut Oil, Refined, Bleached and Deoderised (RBD) oil and Copra (made from dried coconut meat). All varieties of coconut oil met the two primary coconut industry standards (the Codex and APCC standards), besides some minor variances in caproic, caprylic and capric acid levels. So, your choice will have limited impact on these nutritional or health-promoting properties.

Virgin coconut oil does have other nutritional advantages, however. Virgin coconut oil is ‘natural’ oil- i.e. unaltered by processing. No specific, prescriptive standard to ensure this has been made, but the Codex Alimentarius (or less romantic-sounding Food Code) says it may be purified only by methods such as washing with water, settling, filtering, and centrifuging. No chemical or high heat treatments that alter the oil are permitted. Because of this, significantly higher amounts of vitamin E compared to non-virgin coconut oil have been reported (30.87 µg vs 12.76 µg/100 g). It also preserves a higher amount of phytosterols, which have a diverse range of potential benefits such as anti-inflammatory activities, reducing cholesterol by blocking its absorption and increasing excretion of bile acids and neutral sterols, thus lowering heart disease risk  An increased presence of B-carotene (a vitamin A precursor) has also been reported, which may also contribute to increased bile acid secretion and decreased blood cholesterol. Virgin coconut oil produces significantly greater increases in HDL (good) cholesterol compared to copra. It also has a higher content of phenols (including protocatechuic, vanillic, caffeic, syringic, ferulic, catechin and p-coumaric acids) than RBD coconut oil. More phenols suggests greater antioxidant potential, which has been supported by animal studies.

There may be further variations between virgin coconut oils according to the methods used to extract cream from the fresh milk and break the cream emulsion. (These processes include wet extraction; chilling, freezing and thawing techniques; fermentation; and enzymatic extraction.) For example, the fermentation process of producing virgin coconut oil has been seen to preserve more phenols than chilling. At this stage we are unable to identify an ideal temperature for extraction, as some phenols are more stable in cold conditions, while others may be preserved at higher temperatures

RBD coconut oil is not a bad choice if your priority is increasing shelf life and the removal of unwanted products. It’s generally produced for cooking purposes.

According to a 2007 analysis of the contamination of coconut oil products, some products may be a potential health hazard. All 5 RBD coconut oils sampled met the APCC standard for the microbial colony forming units/mL. In contrast, all 3 copra oil samples had more than the recommended number of colonial forming units. Also, 4 out of 19 virgin coconut oil samples exceeded this standard. It is thought that this was due to the quality of the factories, as opposed to the process themselves. A larger number of samples of the different production methods would add more certainty. Note also, the food safety practices reflected here may have changed from the time of this report and also may not accurately represent all manufacturers (or the ones your local shops offer). Unfortunately, more timely and geographically diverse data are not available.

In a similar vein, a report from way back in 1996 stated that the copra industry faced some problems with aflatoxin contamination. Aflatoxins are poisonous carcinogens/mutagens produced by certain moulds in soil, decaying vegetation, hay, and grains. Again, I did not find any more recent data.

Because coconut oil displays antimicrobial properties, and some evidence suggests it can also help with body weight and body composition, blood pressure and cholesterol, it seems a wise choice to include in your diet in moderate amounts. If you already include a fair amount of other fats and oils in your diet, I’d recommend substituting coconut oil on some occasions. (It is still recommended that total fat intake does not provide more than 30% of your caloric intake, for general health).

If your priority is nutritional value, virgin coconut oil is a fine choice as it contains the highest levels of Vitamin E, phytosterols and phenols. However, RBD coconut oil is convenient- with a good shelf life, high utility for cooking, and low rates of contamination.