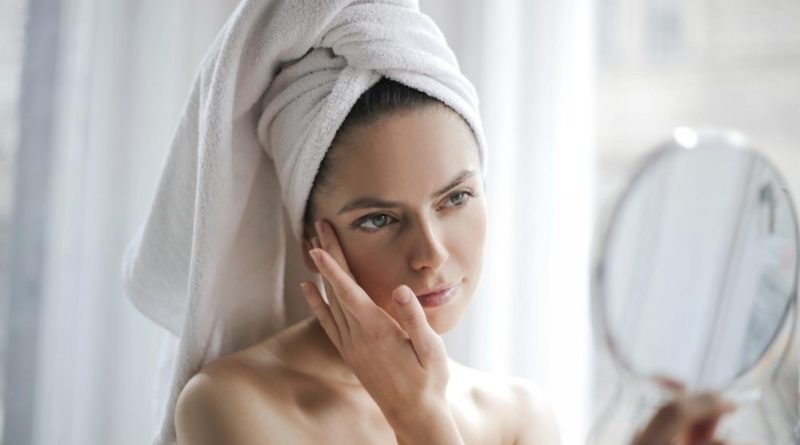 Skin ageing is inevitable (natural or ‘intrinsic aging’), but it can also be accelerated by UV-exposure (referred to as ‘photoaging’). As part of these processes we lose collagen, leaving skin thinner, laxer and wrinkled. A related issue is an increased presence of matrix metallopeptidases (MMP’s), enzymes which break down collagen. Retinoids have potential to tackle both these changes. Here we examine the relative merits of cosmeceuticals containing different types of retinoids.

We’ve previously looked at the value of collagen hyrdolysate containing products and topical applications of vitamins C, E and B3 in replenishing the skin’s collagen. Another trend is…

Retinoids are a large group of molecules which include retinol (i.e. vitamin A)- as well as retinol’s natural derivatives like retinaldehyde, retinoic acid, and retinyl esters… plus numerous synthetic varieties.

While the human body can’t produce retinol for itself, it can convert the retinyl esters and beta-carotene consumed through food into retinol. Retinol in turn is converted into four products which have important physiological effects. One of these is retinoic acid, which is particularly important in this topic as it can enhance the collagen content of the skin.

Applying retinoids topically generally enhances collagen laydown and reduces MMP activity. However, not all retinoids are advisable in all situations. Read below for more detail on some of the common retinoids used in cosmeceuticals.

Retinoic acid is a prescription medicine commonly used for acne as well as sun aging. You may also see it referred to as tretinoin, all-trans-retinoic acid, or the brand name Retin-A.

Of all the retinoids, retinoic acid is the most studied when it comes to skin ageing.

When applied topically, retinoic acid has been seen to stimulate procollagen synthesis (the precursor to collagen). As a result, the thickness of the mature collagen band located in the upper dermis becomes thicker and it can reduce the appearance of wrinkles.

It may also have a protective effect. It has been noted that UVB can increase levels of collagen-degrading MMP’s well before you notice any skin reddening. Application of retinoic acid before sun exposure has been shown to put a dampener on this.

According to studies, it takes a while- typically at least 2-3 months- before people notice significant improvements in skin condition. These positive changes, however, likely precede any significant increase in the collagen content of your skin. It is thought that 2+ years is required for this. One study that used image-analysis software showed a doubling of the thickness of the collagen band in the upper dermis after just 6+ months. However, this study had several weaknesses which could make the results disputable. For example, it only involved 34 people, and both participants and researchers knew what treatments were being given, leaving it open to the possibility for bias.

Despite the apparent benefits with long term use, retinoic acid unfortunately is not tolerated by some people. It can cause skin irritations such as burning, itching, scaling, peeling, redness and dermatitis. Thus while it may be used in some situations of photoaging, it is not suitable for intrinsically aged skin (i.e. among the elderly.)

It can also cause conjunctivitis if applied close to the eye. Another risk is increased sensitivity to UV light, particularly in the initial stages of usage. In these situations, it is advisable to carefully limit sun exposure. With continued use over a few months, the skin’s sensitivity eventually returns to normal.

There are some strategies that may be used to deal with the side effects. Low doses (eg: 0.025% concentration) have been used in some studies, and they seem as effective as higher doses (0.1%)- but with fewer side effects. A contrasting strategy has been the use of higher doses in the short term (4-6 weeks). In some studies using this, benefits were attained and people did experience side effects, but they adapted to them within a couple of weeks.

Nonetheless, the side effects have prompted many dermatologists to use other retinoids. We detail some of these below.

All-trans retinol is absorbed by the skin and then oxidised to retinoic acid (alternatively, it may be converted to another retinoid, retinal). Thus all-trans retinol has similar benefits to retinoic acid. But, it is less potent. Some research suggests 20 times less. The vaguest shadow of a doubt has been cast over this by some randomised controlled trials. While they failed to assess collagen levels, they have noted that products containing either retinol alone, or retinol in combination with another known anti-ageing ingredient (LR2412), to be as effective as retinoic acid against other markers of skin aging. It must be noted, however, that higher concentrations of retinol were compared to lower concentrations of retinoic acid. Not 20 times the concentration, but higher nonetheless.

On the positive side, all-trans retinol is also gentler and has fewer side effects, which is why it may be a superior choice.

Just as for retinoic acid, dual benefits have been observed for all-trans retinol:

However, most of the studies demonstrating these benefits are of modest size, and one was extremely small (comprising just 3 men and 3 women).

The fact that such benefits have been seen in people over the age of 80 suggests that- unlike retinoic acid- retinol may be appropriate for both intrinsically aged skin and photoaged. However, as some academics note, the carrier base of a product needs to be chosen carefully to protect against retinol’s instability and tendency to degrade when exposed to light or air.

As is also the case with retinoic acid, the effects may be short lived, and ongoing use may be required for sustained benefits. In a small study involving people over 80 years of age, one arm was treated with retinol and the other with a moisturiser sans retinol. There were differences between arms at the end of the study… but these differences essentially 24 vanished weeks after usage stopped.

There doesn’t seem to be a scientific consensus on what is the ideal strength of topical retinol, or for how long it should be used. Among people over 80, a product containing 1% retinol was effective after 7 days, as was 2ml of 0.4% retinol lotion used an average of 1.6 times per week for 24 weeks.

Larger studies among other age groups would help us have more definitive expectations regarding how often, and for what duration, topical application should be used. This should also take into account the fact that various skin irritations – though less likely than in retinoic acid use- have still been cited in the literature. The symptoms are usually but not always of a mild nature.

Efforts to make retinol more stable (i.e. less sensitive to light and air exposure) have seen the development of derivatives such as retinyl acetate, retinyl propionate, and retinyl palmitate, and N-formyl aspartame derivative of retinol. To date, there’s been some success in animal and cell culture studies, but there a lack of convincing proof from human studies

Seletinoid G: a potential player in the future of collagen cosmeceuticals

Seletinoid G is a synthetic retinoid which has been seen to work in a similar fashion to retinoic acid, in intrinsically aged and UV-damaged skin. It also appears to be less irritant. Yet the research is still young and based on small studies. Larger, randomised controlled trials are required to provide greater insight into the potential of seletinoid G products.

Just how do retinoids enhance the skin’s collagen?

This has yet to be fully elucidated. It has been noted that retinoic acid reduces CCN1 levels (i.e. ‘cysteine‐rich protein 61′) in cell cultures, and topical treatment has reduced CCN1 levels in intrinsically- and photo-aged skin. It is thought that the elevated levels of CCN1 that have been found in aged skin may contribute to its disturbances in collagen balance.

Another study has suggested that topical retinol and retinoic acid improve the overall environment of the extracellular matrix (ECM), in which collagen is found. It does so by stimulating the main regulator of ECM homeostasis- the TGF‐β/CTGF pathway, increasing blood supply to the dermis, and activating fibroblasts.

Collagen, retinoids and the future

A number of methods have been trialled to improve the delivery of topical retinoids have been trialled, with reasonable success. These include formulations using nanoparticles, liposomes, microsponges, microemulsions, and carbohydrate-based inclusion complexes. Their success in improving the stability and tolerability of retinoids is well established. However, they are most commonly studied for their potential in treating acne, rather than how effective they are on collagen and ageing. Future research will hopefully rectify this.

It is very much early days, it will be interesting to keep an eye on whether binding proteins known as CRABP-II (Cellular retinoic acid binding protein-II) become a potential therapeutic target sometime in the future. These seem to mediate the relationship between retinoids and collagen. A study on mice and their isolated cells suggests a loss of CRABP-II accelerates skin ageing, including hindered collagen synthesis and increased degradation by MMP’s. This apparent relationship needs to be further explored in human studies and any mechanisms elucidated.

The various retinoids seem to work in similar ways, that is by enhancing collagen synthesis and inhibiting the production of collagen-degrading MMP’s. Acknowledging that we have limited large-scale, robust studies, the evidence thus far suggests that topical products containing all-trans retinol currently appear to be one of the better options. This takes into account safety and efficacy concerns. Perhaps other retinol derivatives, synthetic versions, or new formulations will lead to the development of products that are scientifically-proven to be superior in future. In any case, regular long term use is required if improvements to collagen are to be attained and maintained.