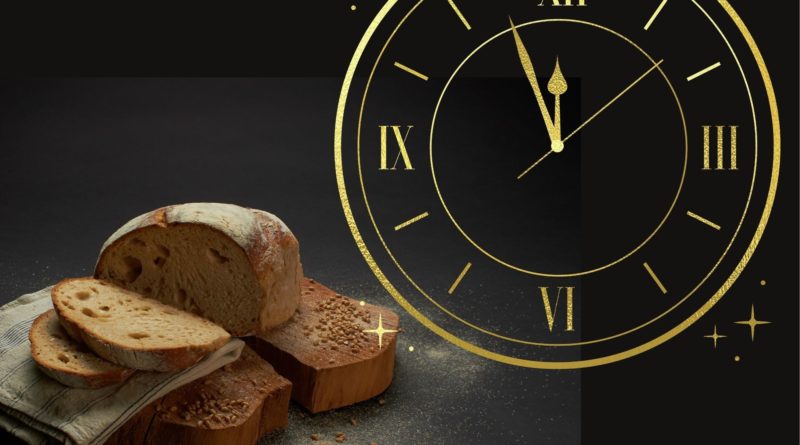 Despite what some people may say, carbohydrates are valuable to your bod. In normal conditions they are the primary energy source for the brain, and also for muscles performing endurance exercise (for up to 3 hours). For athletes and active people then, it’s imperative to regularly consume enough carbohydrate to fuel your lifestyle. You probably know about factors that affect the nutritional quality of carbohydrate (simple vs complex, low vs high GI, refined vs wholegrain etc). But it is not just the types or even the total amount of carbohydrate you eat that may affect your performance. Timing has a significant impact too. Here we explore what happens when you do, and do not, provide your body with carbs before and after exercise.

A brief trip back to carbohydrate school…

Edible carbohydrates come in the form of simple sugars (glucose, fructose, galactose), complex carbohydrates (eg: starch) and non-digestible fibre. Within our bodies, glucose is found within blood and cells, and as stored glycogen (many glucose units joined together) in muscles and the liver. The liver doesn’t actually store much glycogen, but what it does store directly controls blood glucose levels (i.e. provides a boost when levels drop). Liver lactate is another source of carbohydrate within the body.

Manipulating carbohydrate availability before (and during) exercise can shift the effects of exercise on performance and the acute cellular responses (if not the long term ones). Carbohydrate consumption after exercise affects recovery.

Why does carbohydrate timing matter?

A small study of 21 well-trained triathletes suggested that even when total daily carbohydrate intake is equal, timing matters.

The triathletes all consumed 6 grams of carbohydrate per kilogram, each day (i.e. the same relative amount of carbohydrate) and performed the same training program. However, one group could eat carbohydrates at any time they pleased, including during training (in the form of gatorade) and after intense evening interval training. This ensured they had high carbohydrate availability throughout the program.

The other group had high carbohydrate availability before evening running/cycling interval training (aimed at maximising training/performance adaptations), but overnight restriction (to prolong the cellular signaling response after exercise see more about this below) followed by a long low-intensity cycling session the following morning, before breakfast (7 hours later, to be scientifically precise).They did get to eat an evening meal afterwards, but this was carbohydrate free. As a result, participants would have commenced the low intensity with low muscle glycogen, which was designed to promote fat oxidation. After the low intensity session, people in this group refuelled with plentiful carbohydrate-rich foods, up until the evening session.

The regimen was performed over four consecutive days each week, for 3 weeks. On the other days, participants just completed a low intensity training session to bring total training volume to 10-15 hours.

At the end of the program, greater performance gains were seen in the latter group… i.e. in their improvements in efficiency of submaximal cycling, peak cycling capacity and 10-km running time. They also lost greater fat mass.

This suggests that the timing of carbohydrate intake could have a significant impact on performance. Of course, this was a small study on very unique individuals, so the findings should be replicated, refuted or refined for other activity and fitness levels.

Below we examine the specific effects of carbohydrate provision (or lack of) at different times more closely.

Pros of eating carbohydrate before exercise

Eating carbohydrates beforehand doesn’t improve performance for short sessions, but it certainly does for longer-duration exercise (>60 minutes). This is the case whether the session is steady-state or interval training…

Eating carbohydrates increases blood glucose and insulin levels, which has whole-body effects during exercise… The liver has to export less glucose into the blood, and the muscles take more glucose up during exercise (for fuel). Less fat is used within muscle itself, and insulin also inhibits the breakdown of fat elsewhere. Carbohydrate is an efficient fuel source, and allows performance at a higher intensity than fat does.

The timing of a carbohydrate-containing meal or amount of carbohydrate consumed seems to have a less significant effect on exercise performance than whether carbohydrate is provided at all or not. There may be some effect if the timing difference is 90 minutes or more. For example, performance seems to be better when carbohydrates are consumed 30 minutes versus 120 minutes before.

As an alternative, it seems that consuming carbohydrates during exercise can have similar performance-boosting effects.

Pros of not eating carbohydrate before exercise

Changes to fuel used during exercise

Although fat doesn’t fuel high intensity exercise as well as carbohydrates, you may prefer it as a fuel source at times. Hence exercising in a fasted state may be an option. Research shows that fasting prior to a single low to moderate intensity exercise session increases fat oxidation (breakdown). A lot of the fat that is burnt comes from within the muscles. However, as the duration of exercise increases, less intramuscular fats are burnt in favour of a shift towards the use of free fatty acids that float in the blood. However, there is little evidence that fasting will enhance fat burning capacity in the long term.

It should be noted that different forms of carbohydrate restriction before exercise will have somewhat different effects. An overnight fast will cause liver glycogen levels to decrease, whereas muscle levels will remain stable. Therefore, if you exercise after an overnight fast you will use up muscle glycogen and finish with a similar level of muscle glycogen as if you had eaten a carbohydrate-containing breakfast. On the other hand, if you were to restrict your carbohydrate intake after a training session you will deplete your muscle glycogen stores. If you then perform another training session, there is a preservation of the remaining glycogen, and an increase in fat and amino acid breakdown instead. This fat oxidation will increase at a range of exercise intensities… but less fat will be burnt as the exercise duration is prolonged. Seeing as amino acids are the building blocks of protein oxidation of them may be an undesirable effect.

We have limited studies examining the effect of pre-exercise carbohydrate timing on fuel usage. Those we do have suggest that whether carbohydrate is eaten 5 minutes or 4 hours before makes no material difference, it will all decrease fat oxidation relative to fasting.

However, all of this evidence may not tell us much about the results you could expect, especially if you’re not a moderately trained, 20 to 30 year old man. The majority of participants in examined studies have been. This is problematic given that metabolic differences between people of different habitual activity levels have been noted. For example, trained athletes have a superior fat burning capacity than untrained or recreationally active people. Also, unlike the people in these studies, exercising while fasted or fed usually seems to make no difference in sedentary people’s glucose, insulin or free fatty acid levels after exercise.

Another rationale for restricting carbohydrate prior to exercise is that it can (or should I say, might) enhance certain adaptations at the subcellular level. By manipulating the energy and fuel status of cells, carbohydrate fasting puts them into altered conditions which causes different processes to kick in. Scientists have observed activation or inhibition of various biochemical processes that are related to mitochondrial creation or size and fat burning. These include the activity of enzymes and signaling proteins involved in carbohydrate metabolism and signaling proteins (e.g. AMPK, mitochondrial enzymes), and transcription factors- so it might even affect the expression of some genes.

These effects may be more powerful for lower-intensity exercise than high-intensity sessions. They may also be more pronounced when performing two exercise sessions without replenishing glycogen stores after the first, than for exercising after an overnight fast. At least, some of the strongest evidence we have is from such protocols.

This occurs as an acute response in individual training sessions.  Whether it translates to long term changes, however, is yet to be proven. There are ambiguities in the results of research here, so more investigation is required. There are a number of other limitations in the research too, including a wide variety of control (non-fasting) conditions which complicate comparisons. Also, the study participants don’t tend to represent everybody who may be interested in using this kind of fasting-exercise intervention. We cannot even say whether carbohydrate fasting is actually required, or whether the same acute signalling effects are achievable when a small amount of carbohydrate (<75g) is ingested.

Not overdoing the fasting is also important for wellbeing, as there are potential drawbacks to training after an overnight fast. For example, among athletes who perform a lot of training, it could push them into an energy deficit, increasing risk of hormonal and immune dysfunction.

There may be some other strategies that can be used to “rescue” athletes from the impaired performance intensity of training with low carbohydrate availability (eg: use of caffeine, protein, carbohydrate mouth rinsing), but much more research is required on these topics.

The case for eating carbohydrates after exercise

If carbohydrates are not consumed after exercise, the body will make its own glucose. It does this through a series of reactions that change mainly amino acids, fats and lactate into glucose.

Also, in the first four hours after exercise (particularly in the first two) muscle synthesises glycogen at a slightly higher rate than normal. A number of factors help this to occur: the depletion of glycogen itself activates an enzyme involved in glycogen synthesis; exercise makes muscle cells more sensitive to insulin and more permeable to glucose. However, consuming carbohydrate early on gives this synthesis rate an extra kick-start and helps enormously in restoring muscle (and liver) glycogen stores.

Consuming high amounts of carbohydrate is therefore recommended soon after exercise. An early-held view was that consuming 1g of carbohydrate for every kilogram of body weight you have, every two hours after exercise would maximise glycogen resynthesis in these post-exercise times. More recently larger amounts have been recommended through multiple small snacks. i.e. >1 gram of carbohydrate per kilogram, every hour. This may increase the rate of glycogen synthesis by 30-50%. This is particularly recommended when rapid recovery and refueling is important, such as during competition or when multiple training sessions are held per day.

Beyond the initial recovery period you should also continue consuming carbohydrates. In fact, in extreme cases of exercise-induced depletion, 20 to 24 hours of recovery are needed to restore levels. In less extreme cases, the remainder of the day should still be used for recovery. The aim is to eat enough carbohydrate to meet the anticipated needs of training or competition. During this period glycogen replenishment rates seem relatively unaffected by whether carbohydrate is consumed in large amounts in few meals, or in small amounts through a series of snacks. The total carbohydrate intake is more important than the type and pattern of intake.

Eating/drinking carbohydrate during endurance exercise is another option. It usually helps maintain liver glycogen, which is then beneficial for blood glucose control.

The timing of your carbohydrate intake can have material effects on your exercise performance, the fuel you burn, subcellular training adaptations and recovery. You’ll generally perform 60+ minutes of exercise better if you eat some carbohydrate beforehand. In contrast, exercising while fasted can increase the rate of fat burnt, and it might stimulate some unique adaptations at your subcellular level. However, it could come at the cost of muscle protein breakdown, and dysfunctions of other systems, particularly if used performed regularly. One option used by some athletes is to mix up sessions where your body is supplied with ample carbohydrate with sessions where it’s not. Further research is required to prove the safety and efficacy of this for the whole spectrum of the population. One thing folk can agree on though, is that eating carbohydrate after exercise enhances recovery.