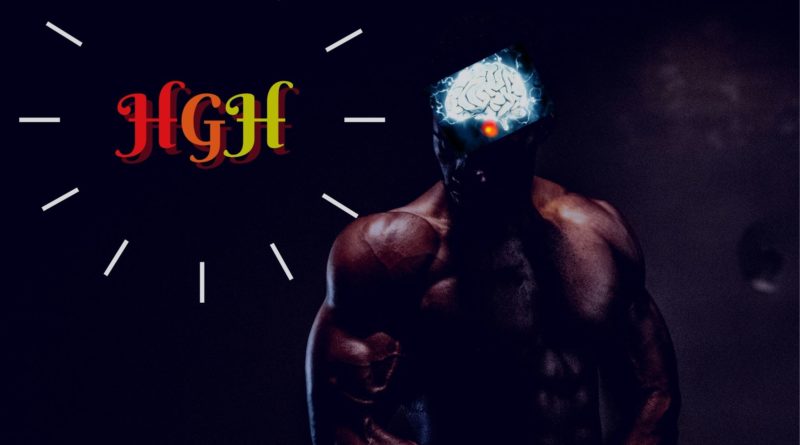 Growth hormone is a hormone (obviously) produced by the pituitary gland. Also obviously, It is crucial to human growth and development… it promotes bone growth in children, decreases body fat by way of enhanced breakdown, enhances protein synthesis and therefore muscle mass. It also increases muscle strength and aerobic exercise capacity. These benefits can inspire some to seek to increase their levels. However, as we will see, increasing levels is only beneficial if you are actually deficient. Moreover, it can have some serious drawbacks for your health, and in some cases lowering levels can be preferable. Also, all methods of manipulating levels are not equal.

Human growth hormone and its complicated relationship with health

Growth hormone exerts direct effects via targeted receptors found on many organs. It also stimulates production of the mediating hormone IGF-1 (insulin-like growth factor), through which it has a number of indirect effects throughout the body. These include increasing secretion of insulin while also dulling tissue’s responsiveness to insulin.

A gradual decline in growth hormone levels is natural in adulthood. This primarily occurs because less growth hormone releasing hormone (GHRH) is secreted by the hypothalamus. Less of this = less stimulation of growth hormone secretion.

It seems that this decline contributes to unwanted age-related changes such as altered body composition (reduced muscle and increased fat), skin ageing, reduced libido, energy and functional changes that can reduce quality of life.

On the other hand, it appears to promote many other aspects of ageing. For example, it’s opposition to insulin’s action can lead to insulin resistance. Thus the decline during ageing may have some protective effects, whereas high levels may decrease healthspan as well as lifespan.

There are some caveats to keep in mind (see below), but numerous mice studies have shown an increase in longevity and health when the genes involved in production or action of growth hormone were disrupted. For example, mice displayed reduced fat, less inflammation of the central nervous system, and greater insulin sensitivity, increased levels of the hormone adiponectin and reduced insulin levels. These effects would also be important to human health- but this is not to say that the same responses would definitely occur in humans.

Similarly, in a study of humans with proportional dwarfism due to deficiency,  healthspan and various symptoms of ageing were positively impacted.  (If you want to know, this was isolated growth hormone deficiency (IGHD) type 1B stemming from a mutation of the GHRH receptor gene).

Furthermore, overall it appears from epidemiological data, cell cultures and animal studies that higher cancer risk is linked to growth hormone therapy and height (taken as a secondary indicator of hormone release).  An increase in mortality has also been seen in large scale European studies of children undertaking long-term therapy.

It’s been found that deficiency not of the hormone itself, but of its receptors on cells, can reduce the risk of cancer and diabetes

Now, the caveats: it’s worth noting that we do need a greater number of robust trials, as there are some contradictions between different studies. For example, they produce different results concerning the association between hormone release or stature with lifespan. This may be partly because growth and lifespan is influenced by numerous factors aside from each other, so getting an accurate picture of the relationship is a challenge. Similarly, some studies have shown that either deficiency or excess of growth hormone increases cardiovascular disease risk. Apparent links have elsewhere been observed between high levels and increased risk of fatal stroke. Still other studies suggest that deficiency reduces cardiovascular risk. Furthermore, some genetic studies suggest that low IGF-1 levels protect from some age-related diseases while boosting risk of others. In addition, the bulk of the evidence is from animal studies- mostly on mice, but also in rats, horses and dogs. These may not be directly applicable to us humanoids.

With all these conflicting results, we can be sure we need further study. They also suggest there is a fine balance in levels to be reached.

How do you know if you have sufficient growth hormone levels?

Out there in the world there are different figures for what ‘normal’ growth hormone levels are. However, common citations are:

If there is a suspicion that someone is deficient, simply testing blood levels is not enough. That is, random testing of growth hormone levels and even IGF levels often fail to distinguish between normal and deficient people. For one, the hormone is secreted in pulses throughout the day, and so levels will vary considerably depending on when a sample is taken. A 2007 paper suggests that an insulin tolerance test, or other tests of your bodies’ response to stimulus are needed (such as Glucagon or GHRH in combination with arginine or Growth Hormone Secratagogues). A peak level above 4ng/mL in response to stimulation tests is generally considered normal in adults. However, there are safety and feasibility considerations to these tests that must take into account each person’s particular physiology.

Despite all the risks attendant with high levels, there seems to be a strong current of interest in means of increasing levels for the sake of improved body composition and performance. If you are interested in this for yourself, please get tested first to determine what your growth hormone status actually is.

Due to the safety concerns, growth hormone therapy is not an approved therapy for ageing and it is generally NOT recommended for people to take it. In most places (if not all- having no interest personally, I didn’t try too hard to find loopholes) it is illegal without a prescription*. The only approved uses by the US FDA are for childhood deficiency (the implications of which are beyond the scope of this article), documented deficiency resulting from of pituitary or hypothalamic disease, surgery, radiation therapy, trauma, or subarachnoid hemorrhage, AIDS wasting syndrome, and short bowel syndrome. For people in these boats, therapy can be beneficial.

Conversely, trials involving older people with naturally reduced growth hormone levels haven’t provided such promising results. For the rest of us… Well, elderly people with normal hormonal levels may have an improved body composition with  growth hormone use, but this has been found to not be worth several observed side effects such as joint pain, edema, carpal tunnel syndrome, insulin resistance and possibly also diabetes). The aforementioned links between growth hormone and cancer, and the  mice studies showing increased increased lifespan among deficient mice are also cause for caution.

There is nothing resembling a consensus on what doses could be most desirable as far as risk:benefit ratios go for elderly people. However, in the future we may have a clearer picture of any potential use of low-dose therapy in some cases such as frailty or sarcopenia, and more detail on when it’s definitely a no-go.

* One exception to the prescription-required rule is the US’s Rapha Pharma, who released a transdermal human growth hormone gel in 2019. It is applied to the skin rather than taken orally. The company states that the product is the culmination of four years of research. However, I was unable to find any publicly available literature examining it. I tend to be sceptical in cases such as these, where positive claims are only made by the company itself.

There are other substances referred to as secratogogues which can increase the secretion of Growth Hormone. And do so in a pulsatile manner (similar to what the pituitary gland normally does). These include growth hormone releasing peptides, ipamorelin and the ibutamoren mesylate. One benefit of these is that they’re subject to negative feedback. This effectively means it is expected that they can prevent your body from producing excess of the hormone. In contrast to recombinant growth hormone, where it would be easy to introduce too much via injection.

This sounds promising, however there are not yet many long-term, rigorous studies proving the effectiveness and safety of these products. What we do have suggests they’re quite well tolerated but there’s still some concern regarding their impact on blood glucose and insulin sensitivity- much like the hormone itself.

Human growth hormone certainly has benefits in regards to body composition and fitness. However animal, cell culture and some human studies suggest you can’t have these without a number of significant health risks. For this reason we should perhaps be thankful that it naturally declines with age. If your levels are excessive, as defined by precise tests, you may benefit from modest energy restriction. Of course, there is a fine balance that needs to be achieved, and people who are clinically deficient due to trauma or pathology can benefit from recombinant therapy. For others with low levels resulting from age, secratogogues may be a wiser choice, although there is more research to be done.