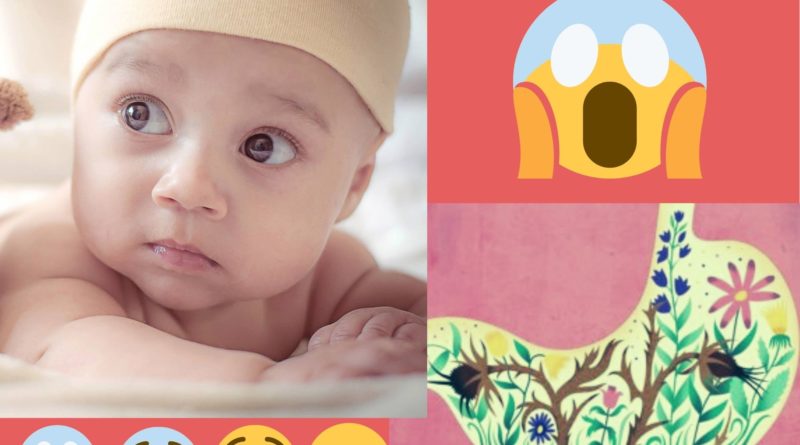 Emerging research indicates that an infant’s microbiome may be linked to their psychological wellbeing- both at the tender young age and later in life. This is not to say that an imbalance in an infant’s microbiome causes psychological issues, or vice versa- or, for that matter, to claim any other relationship between the two. But it does raise some intriguing possibilities and questions about just how widespread the connection between the gut and the rest of the being is. Here we break down the groundbreaking results of a pilot study of 34 infants, published in Nature Communications on June 2, 2021… and what to keep an eye out for in future.

Contents hide
1 Microbiome basics
2 Infancy and the microbiome
3 The microbiome and the infant brain
4 Just what did the study show? (i.e. the technical nitty gritty).
5 Why does this study matter?
6 The Verdict
7 References
7.1 Related

As we’ve seen previously, the little critters that make up your gut microbiome have numerous important roles, ranging from affecting bone density, transmission of neural impulses, assisting in the production of many biologically active compounds, altering drug activity  and providing energy. Thus it’s hardly surprising that various disease states have been linked to an unfavourable gut microbiome. We cannot at present say whether or not the microbiome causes these diseases- but it is a possibility worth further research.

Infancy and the microbiome

The composition of an infants’ microbiome is largely determined by their mother. Up to the point of birth, it can be expected that the microbiome will closely resemble the mothers. While natural birth and breastfeeding aren’t always possible or the best option, they do foster an enrichment of an infants’ microbiome in the earliest stages of life. There is a transference of healthy microbes to the baby as it traverses the birth canal, and breast milk contains probiotic micronutrients.

The link between the microbiome and health starts at the earliest stages of life. In fact, the microbiome may play a particularly important role in infancy- as, surprise, surprise, the first year of life is critical to a person’s development… Across all physiological systems. Furthermore, the changes that are seen in an infant’s microbiome over time appear to go hand in hand with their development. Unwanted changes in children’s microbiome have been linked to developmental diseases such as childhood obesity,  inflammatory bowel diseases, asthma and food allergies.

An infant’s gut microbiome is also linked to their brain development.

The microbiome and the infant brain

However, not all aspects of brain, cognitive and psychological development have yet been explored. For example, up until this point we’ve been left completely in the dark regarding whether an infant’s microbiome has any relationship to their fear response. Enter this new research, which sheds the first, tiny rays of light: the two factors do seem to bear relationship to one another.  More particularly, the study suggests a link between the microbiome and the fear response to non-social, novel, immediate threatening stimuli. This is as opposed to  social threats, which are considered to have a uncertain nature, and are thought to be processed in different parts of the brain.

In support of these findings, animal studies also show a relationship between the microbiome and fear reactivity and neurological correlates.

The authors of the study postulate that fear of immediate threats (eg: predators) activates a behavioural response that is mutually beneficial-  it increases the chances of survival to both the human and its microbes. However, before getting caught up in any hypotheses of function or reason, I would like to see further studies examining the relative contribution to fear responses to both social and non-social threats. As always, one pilot study never provides enough data.

Just what did the study show? (i.e. the technical nitty gritty).

Among the assessments conducted was an accepted laboratory-based measure of non-social fear. In it, a research assistant wore a series of masks (of an apple, horse, monkey, and alien) for approximately 10 seconds, while saying the child’s name 3 times. This interaction was recorded and a (somewhat subjective) 0-3 scale was used to measure the intensity of fear behaviours displayed. Fear behaviours included facial fear, vocal distress, bodily fear, escape behavior, and startle response.

Microbiome compositions were assessed from faecal samples, and the results correlated with observed fear responses.

The study also hints at possible relationships between the microbiome and the size and connectivity of fear-related brain structures (eg: the amygdala).

However, we really don’t want to get bogged down in the specifics of which microbes or combinations of microbes are best for healthy fear responses… because it is only one  pilot study, which is never enough to draw definitive conclusions from.

There are numerous common limitations: such as the small number of infants studied, and the fact that they are not representative of the broader infant population. The researchers also did not attempt to find causal factors linking microbiome and fear response… there are still limitations in the technology used to identify microbes… and we do not yet know enough to label certain microbe populations as ‘good’ or ‘bad’. In addition, the authors of this study were surprised by some of the results. Although they provided reasonable-sounding explanations for the surprises, further research is required to prove one way or another… or another…

Why does this study matter?

So no, we cannot take these study results as gospel. But the question of how microbiome affects the fear response of infants is relevant though, and deserves further attention. It may affect the entire lifetime. A 2020 longitudinal study showed that 14 month old infants displaying  a temperament characterised by cautious and fearful responses to novel situations experienced long term impacts on personality, social relationships, vocational/education, and mental health outcomes (eg: increased risk of anxiety and depression) at the age of 26. Conversely, very low reactivity could have implications for callous-unemotional traits down the track.

This study in itself is nothing to base changes to your- or your child’s- life around. Rather it is simply a gateway to an exciting emerging area of research, suggesting that the microbiome is linked and may even contribute to the developmental trajectory of fear reactivity among infants… and psychosocial factors well into life. If this line of research is pursued, it has potential benefits for the psychological wellbeing of future generations.

In the meantime, the best suggestion is to foster a healthy microbiome for yourself and your family through lifestyle measures. This will help model microbiome-supportive behaviours for your little ones. And, if you’re expecting or trying to get pregnant, optimising your microbiome may benefit your baby too. A basic measure to support the growth of healthy bacteria is to consume plenty of plant-based foods, prebiotics and fibre. Probiotics may help, although they’re not guaranteed. See: 12 Powerful Ways to Improve Your Microbiome for more details.

Beyond these fundamental measures, knowing how to improve your microbiome can prove tricky. This is particularly true if you’ve been diagnosed with a bacterial imbalance such as SIBO. That’s why our friends at The SIBO Doctor have created educational resources such as The SIBO Success Plan.

This program is led by Naturopathic Dr Nirala Jacobi, a world-leader in gut health and SIBO. Over the course of 8 lessons, you’ll become empowered with all the tools you need to finally understand and overcome your SIBO. The SIBO Doctor also offers comprehensive training for health practitioners.