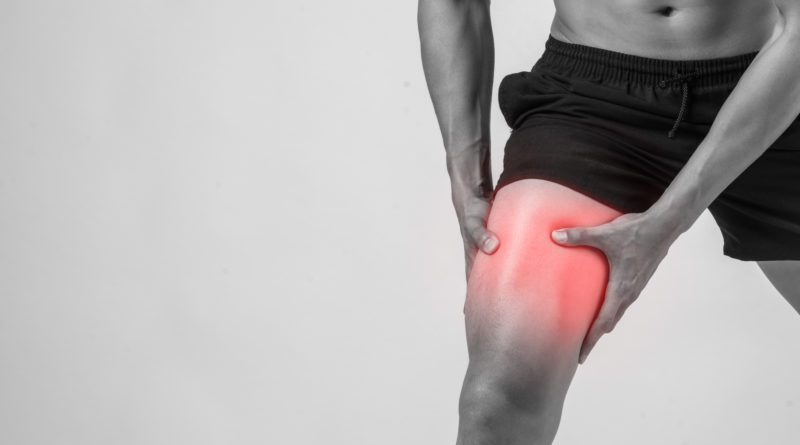 Muscle cramps are a common nuisance. They are basically involuntary muscle contractions which generally won’t cause serious health problems, but are darn uncomfortable. Their cause and the best way to handle them remains somewhat of a mystery… Here we investigate the science behind the popular recommendations of magnesium and various other treatments that have been touted.

Why do we get muscle cramps?

As mentioned, the precise cause/s of muscular cramps is unclear. One constant theme, however, is increased neuromuscular excitability. Stress on the parts of the nervous system responsible for movement increases the frequency of cramps. There are many possible contributors to this: it has been thought this stress could be caused by dehydration, excessive exercise, or neuromuscular diseases such as Motor Neuron Disease, neuropathy, recovered poliomyelitis, or nerve root compression. Low levels of blood magnesium, calcium, thyroid hormone, some medications (eg:diuretics and inhaled beta-agonists), haemodialysis  or renal or liver disease could also be contributors. There is also a rare condition known as cramp-fasciculation syndrome where otherwise healthy people experience persistent cramps. However, muscle diseases are usually not associated. Cramps are also common in the third trimester or pregnancy. Idiopathic muscle cramps- which have no apparent cause- are also common, particularly in the lower leg and foot and at night.

Furthermore, there have been associations between muscular cramps (especially nocturnal cramps) and sedentary lifestyle, certain work postures, prolonged standing and sitting (as opposed to the eastern practice of squatting). Advancing age also seems to increase incidence of muscle cramps.

An interesting observation has been made that more people in the US, UK and Australia perform internet searches on leg cramps in the summer months than in winter. This suggests there may be seasonal variation, although there’s no clear explanation of this.

These usually occur during or right after exercise, in contrast to DOMS.

As a young kid on sports fields, I had the link between not drinking enough water and muscle cramps well and truly drummed into my head. And yet what exactly was “enough” water remained a mystery to me, as cramps would rear their heads seemingly randomly. This may be because there is a lack of experimental data in support of the common belief that dehydration and electrolyte losses cause exercise-associated muscle cramps.

It currently is thought that neuromuscular mechanisms are more likely. Historically, it has been thought that muscle cramps initiate from the peripheral nervous system. Recent studies, however, suggest that the excitation signals come from the body of alpha motor neurons, located within the spinal cord. The studies also demonstrate an increased output from muscle spindles (stretch receptors within muscle that encourage muscle excitation) and decreasing inhibitory drive from Golgi tendon organs (receptors in the muscle-tendon border that inhibit muscle activation) to the alpha neurons.

In any case, sustained contraction of a muscle already at its shortest length commonly causes cramps.

Leg cramps at rest are experienced at least twice a week by 30-50% of women in their third trimester.

In a systematic review of randomised controlled studies among women 14-36 weeks pregnant- an inconsistent effect of magnesium and calcium on intensity or frequency was observed. Small studies of low quality showed small but insignificant effects of vitamins B or C.

Idiopathic by nature means the cause is unknown… However, there have been observed associations of these cramps with advancing age, alcohol consumption, sedentary lifestyle and muscle weakness. The impact of inactivity and weakness may be exacerbated in those over 60 years of age.

Numerous treatments have been tried, with varying success… it seems we have yet to find an ideal solution. Let’s look at what we do know, though…

Many believe in the magnificent power of magnesium. Marketer’s can be thanked for that, as they’ve been actively promoting it for so long it’s almost become common knowledge (similar to the ‘fact’ that Vitamin C cures colds). Magnesium does play an important part in many metabolic reactions, neuronal excitability and muscle function. Plus, its deficiency has been seen to enhance the transmission of signals between the nervous and muscular systems. On this basis, the popularity of magnesium makes perfect sense- except that the evidence supporting magnesium supplementation is far from unequivocal.

A 2012 analysis of studies found that magnesium supplementation lead to no significant reduction of the frequency, intensity or duration of muscle cramps associated with age. The analysis of evidence from 3 studies among pregnant women provided no clear information on magnesium’s usefulness here. There was no quality evidence relating magnesium to exercise-induced cramps or those associated with medical conditions either.

There are also risks to magnesium supplementation. Magnesium is primarily absorbed in the small intestine, and there is a limit to how much it can absorb. So, if you significantly increase your oral dose of magnesium salts from supplements, a smaller percentage will be absorbed. At best, this may just be a waste of supplements/money without the desired effect, but it can also potentially lead to diarrhoea.

There may be cases where magnesium supplementation is called for- for example, if you are deficient or unable to obtain your requirements from food. (Dark green leafy vegetables, legumes, nuts, seeds and unrefined grains are typically good sources). However, in January of this year (2020) an observational trial of 132 pregnant women with leg cramps in the first trimester of pregnancy was published. These women had blood magnesium levels in the minimum limit of normality (1.8 mg/dl) and approximately half had hypomagnesemia. Theoretically the 300mg/day magnesium would meet their intake requirements. However, the supplementation had no significant impact on their symptoms. On the other hand, blood magnesium levels do not necessarily correlate with tissue magnesium levels, so it is actually difficult to identify if someone is deficient without taking a muscle biopsy.

Some nations use IV magnesium in extreme circumstances, such as for the management of acute seizures (eg: eclampsia in pregnancy). This bypasses the limitations of absorption imposed by the digestive system However, there are serious risks: too rapid an infusion may cause cardiorespiratory suppression and flaccid paralysis of skeletal muscle… It’s also been seen to cause a burning sensation in half the recipients, and in some it caused low blood pressure or light headedness. So, it’s not recommended outside carefully controlled, clinically indicated uses, and definitely not for ‘normal’ muscle cramps. Besides, it may not even be effective- a trial from back in 1972 found that even with an increased retention of magnesium in the body resulting from IV magnesium, there was no correlation to reduced impact of cramps. I didn’t come across more recent data, I’m afraid- maybe I missed it, or maybe the world’s researchers haven’t considered it a priority topic since.

Does dosage or duration of supplementation matter?

We have not discovered any significant dose-response relationship between oral nagnesium supplement levels and cramps. However, this may be because the range of interventions used in studies is too narrow. Dosages have varied between 200-336mg in the case of  idiopathic muscle cramps and 364-366mg in pregnancy. Durations of studies have been limited to 4-6 weeks for idiopathic cramps, and 2-3 weeks in pregnancy. It is not advised to go beyond these levels without proof of benefit, however, because the one thing we are sure of is the potential side effects of too much magnesium.

Quinine is an anti-malarial drug which has in the past been co-opted for muscle cramps due to its ability to decrease excitability of motor neurons and increase the refractory period (a small lag time in which the neuron can’t refire). Systematic reviews have shown it does have a modest impact- but at the risk of significant side effects including heart and blood toxicity. Overdose, whether accidental or intentional, can even lead to fatal heart arrhythmias.

It can also have severe, negative interactions with many medications, including aluminum-containing antacids, cholinesterase inhibitors, cimetidine, digoxin, neuromuscular blocking agents, and warfarin.

Thus, its use to manage cramps has been actively discouraged by regulatory bodies including USA’s, Australia’s and New Zealand’s. It is also contraindicated- definitely not to be used by many people, based on personal medical history and characteristics.

A four-week trial of quinine may occasionally be considered for people with frequent, severe cramps that disrupts sleep, IF:

There is limited and mixed evidence of the potential for stretching to ease muscle cramps. Reviews from 2010 and 2012 reviews did not support the efficacy of stretching for reducing cramp frequency. However, a six-week randomized controlled trial published later in 2012 showed significant decreases in both the frequency and severity of nocturnal leg cramps with nightly calf and hamstring stretches. Severity was assessed on a self-rate visual scale, which may be subject to subjective bias. Nonetheless, if a subjective decrease in pain was experienced by others, even if the intensity of the cramp didn’t objectively decrease, I doubt they’d complain.

As mentioned, there is a lack of evidence linking dehydration to cramp susceptibility. A small study of 10 men running downhill in the heat until their body mass reduced by 2% due to water loss reinforced this, while providing another interesting insight. It was found that water intake after this event increased muscle cramp susceptibility. On the other hand, the consumption of a solution containing electrolytes such as sodium, potassium and chloride, plus glucose afterwards made them less susceptible to cramp.

Note that this study was very small, and the results should be replicated on a larger scale before we put too much stock in them. Also, the precise quantity of what electrolytes are required for optimal effect needs to be elucidated.

Some low grade evidence shows that vitamin B complex, naftidrofuryl (a vasodilator), and calcium-channel blockers such as diltiazem are possibly effective. Minor side effects have been occasionally observed with vitamin B complex use. A trial of these pharmaceuticals could be considered (with realistic expectations).

Gabapentin (an anticonvulsant) is likely not effective.

Muscle cramps are here to stay: where to from here?

As we’ve seen, despite muscle cramps being a common and seemingly simple problem (compared to many conditions out there), the secret of how to best be rid of them remains elusive. Further study of the efficacy and risks of the medications we’ve described, plus baclofen, carbamazepine, oxcarbazepine, levetiracetam, lidocaine (and possibly others) are warranted. More investigation of non-pharmacologic strategies and the effect of cramps on quality of life would also be valuable.

In the meantime, general healthy habits including maintaining a healthy diet including sources of B vitamins and magnesium, keeping muscles strong and regular stretching may be the best bet to reduce your chances of cramps. Should cramps be a regular, debilitating feature of your life, consult a doctor to see if a medically-supervised trial of a more specific intervention is warranted. There’s no promises, but there may be something that works for you.

Katzberg, H.D., Khan, A.H., and So, Y.T. (2010). Assessment: Symptomatic treatment for muscle cramps (an evidence-based review). Report of the Therapeutics and Technology Assessment Subcommittee of the American Academy of Neurology.