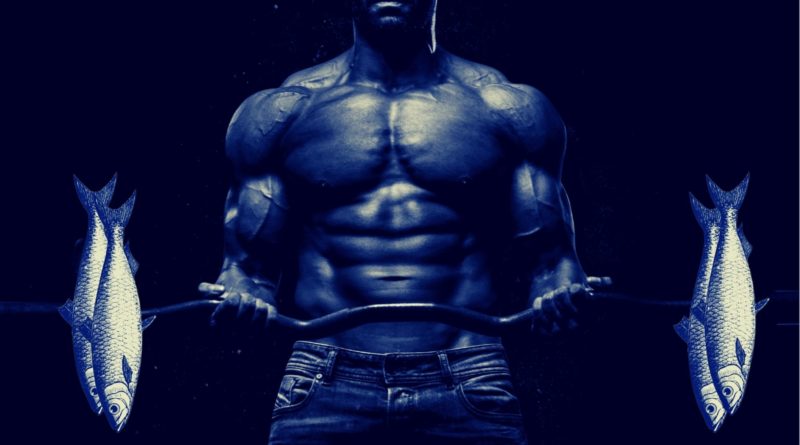 The buffest and most active amongst us tend to lose skeletal muscle with age. This can have serious consequences to your health and quality of life; your skeletal muscle is important for a number of reasons beyond allowing you to move and giving you a nice physique. So the question is, how can you increase our muscle mass, or attenuate its loss throughout your lifetime? Obvious options are performing regular resistance training and ensuring you consume adequate protein. A less obvious factor could be the level of omega-3 fatty acids you consume. Here we explore why.

How much of a concern is muscle loss, really?

It’s a major concern- and not just for those who are chasing the muscle-bound aesthetic. It even has a clinical term, sarcopenia. The cause of this complex, ranging from factors including reduced activity to physiological changes such as testosterone losses. From approximately 50 years of age, it is estimated that 0.2-1% of muscle mass is lost per year- although gradual losses have been known to occur from the 30’s. Furthermore, changes such as increased levels of fat and connective tissue within muscle mean that function (i.e. strength and power) can be lost at an even greater rate of approximately 2-3% per year.

These losses can occur even more rapidly with ill health.

The consequences of this are far reaching. Assuming skeletal muscle is metabolically healthy and sensitive to insulin, it has a key role in glucose tolerance and diabetes prevention (as it uses approximately 30% of the glucose you consume). Having a healthy muscle mass can also prevent unwanted weight gain. Its loss can lead to both frailty and disease, make it increasingly difficult to mobilise and perform everyday activities, contribute to falls, prolong recovery and even lead to death. At less extreme ends, studies have shown that a loss of just 5% is associated with greater sickness. To put this in perspective, a 70kg person (assuming they have the ‘textbook average’ body composition including 40% skeletal muscle) could be at greater risk if they lose just 1.4kg of muscle.

When you think of eating to build muscle, you likely think of protein. However, other dietary factors also have a significant effect. Going back to the old age that you are what you eat, the omega-3 content of your diet will be reflected within your muscles. In turn, the amount of omega-3 fatty acids within muscle fibres can alter their metabolism and function, and therefore also the impact of what you eat overall and the resistance training you do.

That is what is believed. And a number of modestly sized studies show increased muscle size and/or strength resulting from omega-3 fatty acids. For example, a small sample of 60-85 year old adults found that 1.86 g EPA and 1.50 g DHA per day increased thigh muscle size and strength of various muscles over 6 months. However, the scientific literature has not quite does not quite reached a consensus. Another recent study suggested omega-3 intake had no impact on 23 men over 65, unlike resistance training.

To get to the bottom of this we need larger, more comprehensive studies. They should include diverse populations over extended time frames.

Just looking at the supportive studies… How effective could omega-3 fatty acids be?

Therefore it is generally advisable to use them in addition to resistance training, to enhance the benefits. Yet, because the body of evidence is incomplete, a study of only 50 older people is enough to raise some doubt over whether this is so straightforward. It found that long-chain omega-3’s increased the impact of resistance training on older women, but not men. Still other studies suggest omega-3’s could potentially have an effect amongst older people who are inactive.

Other studies suggest omega-3 supplementation may have comparable benefits to the use of testosterone, growth hormone, or DHEA therapies- without the attendant risk.

It has been suggested that EPA and DHA (i.e. omega-3’s from sea food sources) have a more pronounced effect than ALA (i.e from plants such as linseeds and nuts).

Can omega-3 fatty acids improve the muscle mass and function of younger people?

This is unclear. A small 2016 study of men in their 20’s found that 8 weeks of  fish oil supplementation had no effect on protein synthesis, whether combined with protein intake or protein intake and resistance training. In contrast, a study of 20 young women in their 20’s who had been immobilised for 2 weeks found that omega-3 fatty acid supplementation did slow down the muscle atrophy due to disuse. Perhaps they don’t play a role among healthy and active young people, but could when other circumstances interfere with normal muscle metabolism.

Of course, more studies involving larger sample sizes, different interventions and populations are necessary to confirm or challenge these findings.

While we do not know the precise mechanisms for omega-3’s potential impact on muscle, research suggests a number of possibilities…

Considering that chronic inflammation (which is common in ageing) can make it difficult for muscle to repair and grow, the anti-inflammatory properties of omega-3’s are likely key. These certainly account for many of omega-3’s benefits, possibly including to bone health.

Throughout the body, EPA and DHA are known to inhibit the production and release of pro-inflammatory molecules when they are assimilated into cell membranes. However, conflicting results within the literature suggest that omega-3’s may only benefit your muscles if your inflammation starts at an elevated level. Clarification is needed.

Reductions in inflammation seem to have a role in many of the other possible mechanisms, too.

When we’re in our prime, our skeletal muscle ramps up its rate of protein synthesis (anabolism) when amino acids or insulin is delivered. However, it is thought that older muscle has a level of anabolic resistance i.e. this normal response is blunted, contributing to the loss of muscle mass. Scientists surmise that the anti-inflammatory properties of omega-3 fatty acids could reduce this anabolic resistance.

The evidence is limited, but it does suggest that omega-3’s may increase protein synthesis among older adults when combined with protein delivery, if not alone. One very small study of 10 males and 6 females over the age of 65, all healthy but inactive, found that 8 weeks of supplementation didn’t increase baseline protein synthesis. However, it did increase the rate of protein synthesis in the presence of higher amino acid and insulin levels.

Asides from a potential increase in protein synthesis, mice studies suggest omega-3’s can reduce protein breakdown. This should be further explored.

Intake of omega-3’s may alter the composition of muscle cell membranes, which in turn affects various signaling pathways within the cell. We don’t yet understand all the pathways that may be affected, however it seems signalling proteins such as PPARs and mTOR are expressed more and/or activated. These proteins have been proven to be involved in muscle anabolism. For example, other human studies have shown that the inhibition of mTOR by the drug rapamycin prevents an increase in muscle protein synthesis following nutrition and resistance training.

There is an association between sarcopenia and reduced numbers and activity of satellite cells amongst fast-twitch muscle fibres. These satellite cells are stem cells with a large role in repairing muscle after exercise (or other causes of damage).

There is a hypothesis that 2–5 g of omega-3’s per day could activate satellite cells, and therefore boost muscle regeneration and growth, especially after exercise. Recent cell culture studies support this. The above-mentioned PPAR’s can increase satellite cell activity. However, a direct effect of omega-3’s on satellite cells within human muscle has not been proven.

Furthermore, some animal studies suggest hypertrophy can be achieved in the absence of satellite cell activity.

Another theory is that EPA and DHA can enhance muscle function by protecting the nervous system and stimulating motor neurons. They have been seen to increase the speed of nerve impulses amongst people of various ages, which improves muscle contractions.

More comprehensive trials are required to provide a definitive picture of how much benefit omega-3 fatty acids can offer to muscle mass and function, under what conditions, precisely how these effects are mediated, and what are optimal doses and durations. The people most likely to benefit are those of middle age and beyond, and/or those subject to excessive inflammation or illness. The limited evidence suggests 2-5g of omega-3 fatty acids per day (particularly DHA and EPA) for a minimum of four weeks may be beneficial, especially when combined with adequate protein intake and resistance training. Don’t forget, even if you don’t obtain direct muscular benefits, omega-3 fatty acids have a wide range of health-promoting effects.