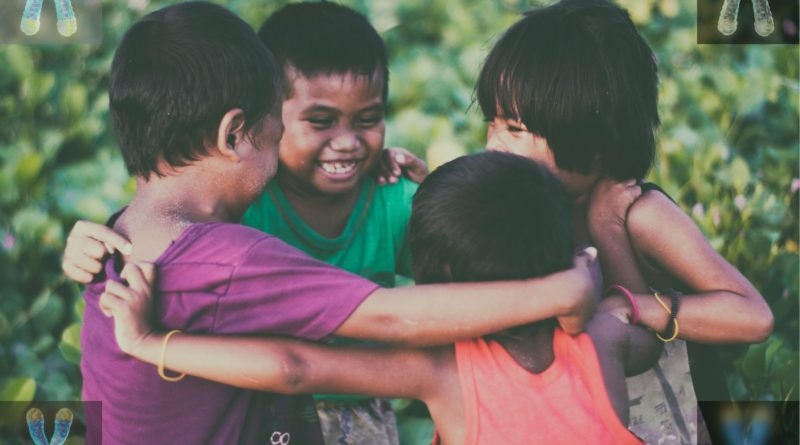 In this second installment of our series on telomeres, we look at the implications of telomere length extremes in the young. In part one, we went through the role of telomeres in genetic stability and cell function. We discovered that telomere shortening can have detrimental effects- but that long telomeres can also be harmful.

While telomere shortening naturally occurs as we age, a genetic susceptibility and other dysfunctions can have serious consequences for children. In part three we’ll look more deeply at the conditions associated with telomere changes amongst adults, and what can be done.

What You Will Learn hide
1 Telomere length in the earliest years
2 Telomere syndromes
3 Role of inflammatory damage to telomeres in childhood diseases
4 Children’s psychosocial wellbeing and telomeres
5 Cancer
6 References
6.1 Related

Telomere length in the earliest years

There is a wide variety of leukocyte (whie blood cells) telomere lengths between people throughout life, starting from the prenatal period. In fact, variation in length among newborns is as wide as the variation among adults  The lengths at birth are largely determined during the prenatal period. Studies have estimated that genetic inheritance may account for 36-86% of a person’s telomere length. Another is paternal age- the older a father is, the longer the child’s telomeres tend to be.

Genome-wide studies have suggested that the genetic variants associated with telomere length regulation may differ in childhood and adolescence compared to adulthood. However, this may not be a valid finding, as the (age-related) comparisons involved different populations.

There are a number of other factors that can shape telomeres during the prenatal period. These include the mother’s mental health, hormonal factors, smoking, vitamin deficiency (eg: small studies showed folate and vitamin D deficiency to be linked), and pre-pregnancy obesity is associated with shortened telomeres. Race also may have an impact. There is some research suggesting that gestational diabetes may shorten telomeres although the evidence is not yet conclusive. Birth size appears to have no impact.

Premature infants tend to have longer telomeres than full term babies. This may relate to the greater proliferative capacity of stem cells within the blood before birth.

Mutations of genes responsible for telomere upkeep can cause a wide variety of telomere syndromes, marked by short telomeres. They impact on multiple bodily systems, frequently including the bone marrow, skin and microbiome gut health – as these tissues are tissues that constantly regenerate.

They’re not strictly childhood conditions- the genetic mutations are inherited but the clinical consequences usually don’t appear until adulthood. However, subsequent generations of people affected by telomere syndromes may experience complications earlier in life.

Dyskeratosis congenita is a syndrome with classic expressions in bone marrow failure, skin and gut problems..Complications can include abnormalities on the skin, nails, mouth and areas where the skin transitions into mucosal linings (eg: the lips, nostrils). There’s also an increased risk of cancer. Large contributors to mortality among people with dyskeratosis congenita  are bone marrow failure or related aplastic anaemia… 40% of sufferers will experience one of these conditions by the time they hit 40.

Children with this syndrome inherit their short telomeres from affected parents, plus a mutated copy of a gene responsible for synthesising proteins involved in telomere maintenance

Hoyeraal-Hreidarsson and Revesz syndromes are rare syndromes that are even harsher than dyskeratosis congenita. With them you have stunted growth in the womb, small head size, incomplete development of the cerebellum (part of the brain with a vital role in movement), defects in the visual system, progressive combined immune deficiency and aplastic anaemia. The crossover between these two syndromes makes diagnosing a patient with the correct one difficult. However damage to the retinas of both eyes, caused by accumulation of debris, is more common in Revesz.

Role of inflammatory damage to telomeres in childhood diseases

As noted in part one, the proven relationship between oxidative stress and telomere shortening is not as clear cut as was once thought. However, many childhood conditions do feature significant oxidative stress and inflammation- perinatal brain damage, asthma, cystic fibrosis, juvenile rheumatoid arthritis, and diarrhoeal diseases to name a few. Such oxidative stress can also accelerate cell replication- which is an effective way to increase telomere shortening. Plus, it can increase the size of telomere portions that are clipped off. This is a classic correlation. More direct evidence on how great a role oxidatively shortened telomeres play in childhood inflammatory diseases is needed.

Telomere shortening has also been observed in cases of adversity during early life, such as abuse, neglect or psychosocial deprivation.

There has actually been mixed research- mixed in both findings and quality/strength of study design. A 2017 meta-analysis found only 41 research papers met its inclusion criteria to be considered for analysis- that was out of 2462 peppers initially found through literature search. That suggests that the remainder were not considered to be adequate. Nonetheless- the 41 studies that were considered showed a significant association between early adversity and telomere length… and therefore risk for both physical and mental conditions.

The Bucharest Early Intervention Project was a longitudinal study examining the impact of psychosocial deprivation on health and development of 195 children aged between 8 and 10 years, and 12 to 14 years. Analysis of data from it also showed an association between short telomeres and psychopathology. The data analyses suggest that mental health issues were predictive of short telomere length later in life- i.e. poor mental health may contribute to shortening, as opposed to telomere length being a potential contributor to mental illness.

If we were to make the premature assumption that shorter telomeres cause the mental illness, the intricacies and mechanism of the relationship for such a relationship remains unclear.

Maternal stress can also affect telomere length. Acute psychosocial stress during pregnancy alters the mother’s immune and endocrine responses, which causes oxidative stress and can then shorten a baby’s telomeres. On the other hand, if a mother has a history of psychiatric disorders it may cause her telomeres to be shortened, but does not affect a newborn’s telomere length.

Paediatric leukemias and solid tumours in embryos are commonly characterised by enhanced telomerase activity and other functions that lengthen telomeres. With longer telomeres comes the potential for more cell replications, and cancer proliferation. (We’ll examine the role of telomeres in cancer more closely in part three.)

Theoretically, this might make telomerase a reasonable target of childhood cancer treatments. However, a number of significant issues make it highly unadvisable.