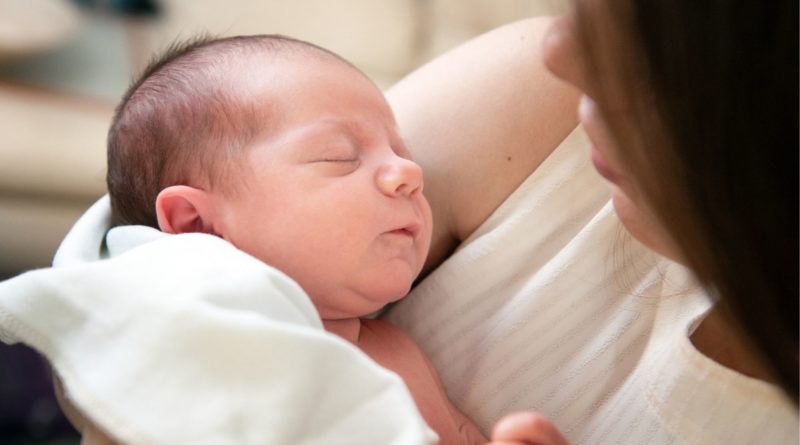 Beyond the hype about 20-second hugs, we’ve seen that touch is indeed a powerful tool for adult wellbeing. It may be even more critical to infants. Infants appear to need it for their growth and development, and it has possible implications for their later life, too. Unavoidable, ‘functional’ touch such as holding babies to change or feed them is not enough. Historical reports suggest that touch deprivation can even contribute to mortality. Read on for the scientific scoop on the various ways touch helps a child develop, the surprising therapeutic power it may hold for those who are unwell or vulnerable, and some special considerations that could change your approach to touch.

The importance of this topic is underpinned by the fact that numerous researchers believe neglectful parenting involving psychological unavailability is actually more harmful than physical abuse. This neglect can include, but is not limited to, lack of affectionate touch. The Touch Research Institute (TRI) states that touch is effective for diverse situations such as: asthma, autism, burns, child abuse, post traumatic stress disorder, cancer, developmental delays, diabetes, eating disorders, juvenile arthritis, dermatitis and psychiatric disorders. We’ll concentrate on the fundamental relationship it has with growth and development.

The beginnings of our touch-ing knowledge

History has furnished us with numerous examples of the extreme consequences touch deprivation can have on developing children… To be fair, these do not count as scientifically complete reports. Rather they were simply observations, made in the real world. And as we know the real world is awfully complicated and many factors can influence a single thing, such as growth. In reports such as these, confounding factors cannot be controlled for. But they at least hinted at a problem and formed the basis for closer study.

As sobering as these reports are, we need to get into the science…

Investigating the impact of touch on growth and development

Both animal and human studies have shown touch positively affects growth and development. For example, one early human study showed that just 20 extra minutes of touch a day, for 10 weeks, was correlated with higher scores on developmental scores among institutionalised infants.

Much of the research out there has shown the benefits to infants who are more vulnerable, such as those with failure to thrive, or who are premature or of low birthweight.

A small study showed that infants with failure to thrive received less touch from their mothers than healthy babies. This is a classic association rather than a definite causation, so further, more rigorous research is needed.

Premature babies often don’t get to experience normal sensory stimulation due to the type of medical care they require. However, a meta-analysis of studies have shown that touch is effective in increasing weight and performance on developmental assessments (eg: motor skills). Another study showed that massaged preemies gained more weight from the same caloric intake than non-massaged preemies. They also maintained a more alert and active state. The authors suggest this may be related to hormonal effects: massage stimulates the vagus nerve, which then stimulates insulin release. Insulin is essential to nourishment, as it helps cells absorb glucose from the blood. Another study showed that 10 min of additional touch daily significantly reduced regurgitation. Regurgitation is very commonly experienced in infancy. In most cases, it doesn’t cause other significant symptoms (referred to as functional infant regurgitation).

What about the impact of touch on stress and psychological wellbeing?

Unsurprisingly, touch can help provide infants a sense of emotional security. It can also help reduce infant stress- possibly more than vocal or visual communication can. Plus, it can improve their ability to regulate their response to stress and other emotions into later life. On the flip side, emotional dysregulation, marked by disturbed mood, sleep and activity, is often seen with mother’s physical unavailability.

How do we know touch reduces stress?

Well, we technically don’t know it, but research points in that direction. It has been seen that infants who are touched more often have lower levels of the stress-associated hormone cortisol in their urine. High cortisol levels cause a large number of immune cells to be destroyed and the function of the hippocampus (a brain area involved in memory and learning) suffers, evidenced by lower scores in motor and mental assessments.

In infants aged over 4 months, a hug with parents lowered their heart rate (suggesting increased parasympathetic activity, reflecting a more restful state of the nervous system). But this may be a very specific effect: simply holding the infant didn’t result in a reduced heart rate. Neither did a hug from a stranger.  However, these findings have to be taken with a grain of salt. Postural changes the infant experiences while being lifted to a hug/hold could also affect the activity of the sympathetic nervous system (i.e. that branch that gets the body ready for “fight-or-flight”), so it’s hard to know whether the results reflect the hug/hold only, or to what degree.

Among low birthweight babies, we have also seen that touch may influence emotional and behavioural development. Statistical analysis of a study of 114 low birthweight children revealed that maternal touch at 3 months accounted for 15% of the variance in the likelihood of a child having emotional/behavioural problems at age 2.

More specifically, it was seen that low birthweight children who received more nurturing touch at 3 months had significantly fewer internalizing problems (such as depression) at age 2. Meanwhile, children receiving both more frequent touch and harsh touch had more externalizing problems (such as aggressive behaviour). While this seems in line with common sense, so few children in the study did experience this harsh touch, so we cannot confidently apply this finding to infants generally. Randomised controlled trials are required for more valid data regarding different forms of touch. One of the strengths of this study was that the children came from diverse sociocultural backgrounds, so in this regard it may be considered a reasonably representative sample. The emotional and behavioural problems were identified through questionnaires, completed by mothers ± fathers. While validated, the questionnaires also allow some room for subjectivity. Perhaps future studies could use more researcher or clinician-based assessments.

Furthermore, there is a condition called psychodwarfism (PSD) or hyposomatotropinism. In this condition, children who are neither malnourished nor suffering from inherent disorders, have impaired physical and mental development. It appears rather that psychosocial factors, such as emotional rejection from parents, are responsible. The stress this causes seems to interfere with the communication between the hypothalamus and other parts of the brain, leading to inhibited release of growth hormone. Interestingly, the ensuing impaired development is reversible. In fact, studies have shown that disturbed hormonal levels normalise just a few days after an infant is placed in a nurturing environment. This strongly suggests that psychosocial environment is a cause of stress and then impaired development, although we cannot be certain how much lack of touch contributes to this.

Animal research provides further support for the concept that touch has a regulatory effect on an infant’s activity level, vocalisation, sleep–wake states, neurochemical and endocrine systems, and their ability to regulate their stress response in later life.

How do we know touch is the key factor here?

In much of the research, it is difficult to separate touch from the overall milieu in which infants receive care. This can make it difficult to reach firm conclusions about the precise contribution of touch. However, in a 2001 study among low birthweight infants found that there were very modest and/or nonexistent relationships between specific properties of maternal touch and a mother’s other caregiving behaviours. This suggests that touch could have a distinct role in caregiving rather than being merely reflective of overarching caregiving style. As this has yet to be shown across the gamut of studies it should not be taken to be true. Rather, we should hold it as a possibility, while also not disregarding the possibility that the results research has provided to us cannot be completely contributed to touch. Future research should aim to control for confounding variables as much as possible, and/or provide more insight into the relationship between touch and other behaviours.

It is difficult to apply stringent scientific standards to the study of touch and infant development. Nonetheless, touch seems to have major benefits or at least be associated with them… and touch deprivation would appear to contribute to horrific consequences. So, keeping the limitations of the research in mind, and balancing it against our innate knowledge that quality social connection helps us thrive… we should give little ones in our charge appropriate and nurturing touch regularly. This means not just that which is essential when feeding or changing them. Hugs, gentle stroking and massage are good examples, although each infants’ physiology, history and disposition will affect what they respond best to.