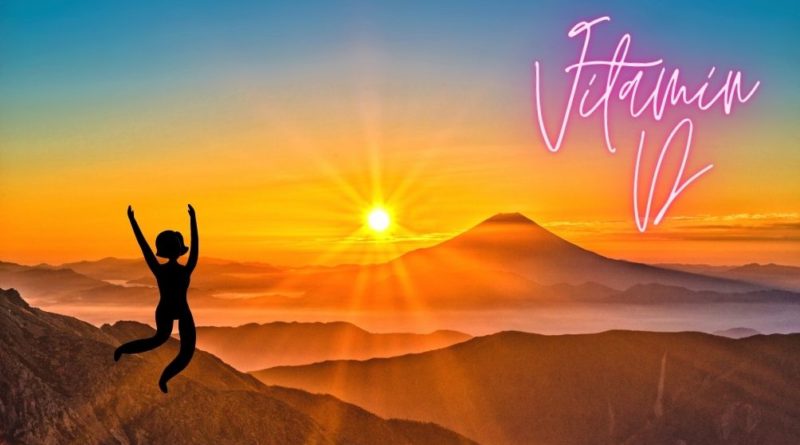 You’re probably aware of the relationship between vitamin D and bone health. You may even know that vitamin D is actually considered a hormone, and most cells throughout the body contain receptors for it. For this reason, people are getting excited about its range of roles: eg: modulation of cell growth, neuromuscular and immune function, inflammation reduction. The evidence is mounting though still incomplete; below we outline what is known about its potential to prevent non-skeletal diseases.

The ABC’s of vitamin D

The human body is capable of producing its own vitamin D. When UV-B light acts upon skin cells, the provitamin D3 (a form of cholesterol) contained therein is converted into pre–vitamin D. This in turn is converted into vitamin D, and is then ejected from the cell and bound to a specific protein which carries it to to the liver.

In the liver it is turned into another form before being sent into the bloodstream (we call this the hydroxylated form, 25(OH)D or 25-dehydroxyvitamin D3). This is what is often measured in vitamin D tests, as it is a good indication of levels within the body.

If your body doesn’t produce adequate levels, however, you will need to top yourself up with food and/or supplements. This vitamin D will be absorbed in the small intestine, then transported by chylomicrons (essentially small globules of lipids/fats and some protein) to the liver.

From the liver, 25(OH)D travels to the kidney bound to a protein. In the kidney another reaction happens, converting it to 1,25[OH]2D or calcitriol, the most active form. Then it can finally travel around the body.

If you don’t get adequate vitamin D from the sun or top yourself up through the diet, well…

The Devil is in the Deficiency

Long-term deficiency of Vitamin D may cause:

How to know if you’re vitamin D deficient

The diagnosis of vitamin D deficiency is slightly complicated, by virtue of the fact that there are varying definitions of just what makes someone deficient…  Suggested cutoffs range from <20 to <75 nmol/litre of blood (nmol refers to a large number of molecules). For example, the US Institute of Medicine uses a benchmark of <30 nmol/L, based on their linking this level with the risk of metabolic bone disease. Europe has used a benchmark of <25nmol for decades. Meanwhile, some experts suggest higher cut offs as they believe deleterious effects can occur before reaching these lower levels.

Not surprisingly, the standard your blood test is compared against will affect the likelihood of you being diagnosed with deficiency. There is a variety in deficiency rates around the world- anything from 13-100% of studied populations have been found deficient, depending on the study. It’s worth noting also that data obtained from different tests can be of variable quality, so the figures available may not always be reliable.

Regardless of these variations, we can say that deficiency is shockingly common.  It is believed almost 1 billion people worldwide have levels <30nmol/L. This is not to say that you will be deficient, but you should consider a blood test if you and your doctor have reason to believe you’re at risk (see below).

The most obvious causes of deficiency are inadequate sun exposure and/or intake.

A number of health-related factors may also cause deficiency, for example:

Geography also has an impact.

It’s been found that people living in latitudes greater than 37° do not get enough UV-B exposure to synthesise vitamin D during winter. For these populations, dietary intake is critically important.  However, studies have shown that deficiency is less common in countries such as Norway, Iceland, and Finland than countries in the United Kingdom, Ireland, Netherlands, and Germany. A theory is that nordic countries are more conscious of ensuring their intake is adequate through food fortification and/or supplement use. On the other hand, deficiency was more common in children residing in mid-latitude countries than southern European countries. Perhaps this is related to the sun exposure that can be obtained from time spent playing outside.

Age is an important factor to consider. Over 70 year olds are more likely to be deficient and require approximately  3 times the sun exposure as a child to synthesise adequate vitamin D.

Ethnicity is generally believed to have an effect, with darker skin ethnic subgroups more often deficient. However, some researchers have indicated that the predominant method of testing levels may skew results, and that perhaps there are similar levels of bioavailable vitamin D across ethnicities.

How to increase vitamin D levels if deficient

First of all, a technical note: Because of the variation in testing procedures and results obtained, you ideally want levels at least a bit above a ‘deficiency’ standard. This will give you a buffer zone.

According to Australia’s Cancer Council, regular incidental sun exposure is enough to support adequate synthesis within the body. Obviously not everywhere is as sunny as the stereotypical image of Australia, but the following is still a reasonable guideline: when the UV index is 3+ (eg: summer), a few minutes outside is adequate for most people. On the other hand, when the UV Index falls below 3, time outside in the middle of the day with some skin exposed is recommended.

Regardless of your locale, your first port of call should be to consider your personal habits such as time spent inside vs outside, how much skin is covered by clothing, and sunscreen use.

If you’re unable to get adequate sun exposure (and it seems many can’t consistently), look to your dietary intake.

However, it is estimated that most adults are unlikely to meet the recommendations of the IOM or the Endocrine Society (see below) from natural sources alone.

This is where fortification and supplementation comes in.

Fortification is the addition of a nutrient to foodstuffs. Countries have different policies on fortification. A benefit is, if well-considered amounts are added to basic foodstuffs, vitamin D intake could increase on a population level, while also erring on the side of caution (to avoid toxicity). However, diversity in eating patterns can complicate decisions on what to fortify. Foods fortified with vitamin D may include breakfast cereal, breads, milk (dairy and nondairy), yoghurt, spreads, infant formula, cheese, and orange juice, depending on your location.

In the US and Canada, fortification is mandatory, and it is thought that this is the reason that residents there tend to have higher intakes than most of Europe. An exception to this is the Nordic countries, likely due to the intentional use of supplements as well as fortification mentioned earlier.

Whether fortified foods are available or not, there is also the option to take supplements. They come in the form of either vitamin D2 or vitamin D3. Overall, there’s no clear indication of what type is most effective, but a single Randomised Controlled Trial has pointed to D3 producing longer lasting increases in leves.

Note that, despite ticking many health-related boxes, breast milk contains very little vitamin D. So if you have an infant who is exclusively breastfed, supplements would be valuable.

What are the recommended intake levels?

These vary according to who you ask.

In the last couple of years, there has been controversy regarding adequate intakes, and there have been changes in recommendations. To the best of my knowledge, these are the most recent ones (figures are for daily intakes unless otherwise indicated):

* Endocrine Society recommendations based on bone health as opposed to other possible functions. New lab technologies have led the endocrine society to lower their recommendations in the last couple of years

Should you consume too much, there’s risk of hypercalcemia, toxicity and interactions with other drugs. The upper limit of intake is 25 µg/day for infants under 12 months, and 80 µg/day for others, according to Australia & New Zealand’s NRV’s. The upper level suggested by the IOM is 100 μg/d (4,000 IU) in persons over the age of 9 y, with lower levels for younger children down to 25 μg/d (1,000 IU).

Results from the The Vitamin D and Omega 3 Trial are expected sometime after 2020. In this trial, 26,000 adults of 50 years or over are receiving vitamin D supplements, omega-3 fatty acids, both, or placebo… and the risk effect of risk of cancer and cardiovascular disease is being studied. Such a large study will no doubt provide interesting insights.

Vitamin D has been receiving increased attention over recent years because it is potentially crucial for the health of many bodily systems, besides your bones. Deficiency appears common- possibly much more common than we might expect given our bodies are able to synthesise it. No need to panic and assume you are deficient, though. If you have reason to believe you’re at risk (based on defined risk factors), you should get a blood test to determine your levels. If you are deficient, you may be able to increase your UV-B exposure or better manage any relevant medical issues. If that is irrelevant or unrealistic, consuming more vitamin D will be necessary, possibly through natural food sources, but likely also with fortified foods and/or supplements.