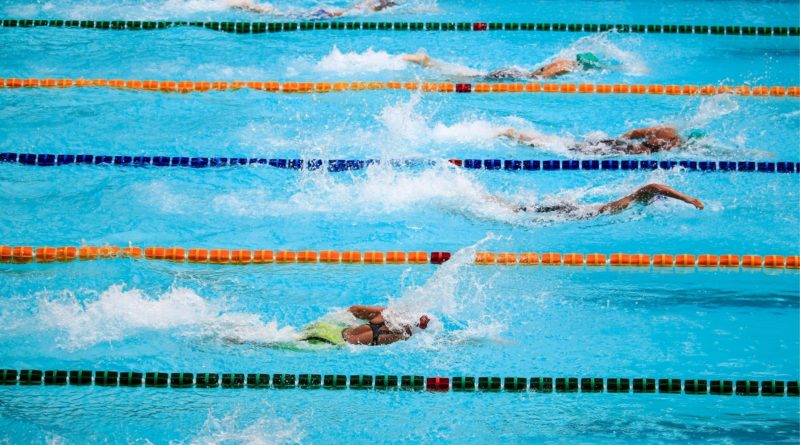 I don’t know about you, but I always find extraordinary athletic performances such as those we’ve been seeing in these Olympic games exciting. When I was a child, they even inspired me to dream of becoming an Olympian myself. I’ve since come down to earth, but witnessing such marvelous feats does make me wonder, what is the limit to what the human body can achieve? Will elite athletes continue to perform better and break records in perpetuity? And, what degree of progress can the rest of us, non-elite, hope to attain?

Why do physiological limits matter?

Chances are, if you’re reading this website, you are willing to put a decent amount of time, planning, effort and money into optimising your training regime and performance… indeed you likely take a proactive approach to your health full stop. There are a number of strategies that may be used to maximise fitness, from altitude training to Exercise with Oxygen Therapy to EMS training and more. However, regardless of the strategy employed, there will come a point where progress plateaus. When we near the absolute physiological limits of your performance, you’ll get smaller rewards for bigger efforts. Thus it can be worthwhile knowing what are realistic aims.

Here we focus on fitness as a key determinant of athletic performance. Of course, skill is also an important contributor, but the types of skills required vary greatly between sports. Fitness, on the other hand, is a common denominator. Fitness also strongly influences health.

The research I came across focuses on performance of endurance-based activities. Measures of aerobic fitness that can be altered with training, and which affect performance include: VO2max, haemoglobin mass, cardiac output, exercise efficiency, lactate threshold and critical point.

One of the most common measures of aerobic fitness is the VO2max, which is the maximum rate at which your body can use oxygen during exercise. Seeing as oxygen is involved in the release of energy from fuel, a higher VO2max allows more aerobic work. While it’s true that people with higher VO2max are aerobically fitter, VO2max is still not always the only, or best, predictor of performance.

It is thought that most high-level endurance athletes have an upper limit to their VO2max of approximately 83–85 mL of oxygen/minute/kilogram. However, a value of 90.6 mL/min/kg  has been reported. These are roughly double what is considered ‘average’. For non-elite, over 60 mL/min/kg is ‘excellent’. (In reality, there are breakdowns based on age and sex. More specific details can be seen in VO2max charts).

What about increasing your VO2max with training? Well, there appears to be quite a variety of responses, both in the short-term and long-term. Unfortunately the research is limited in terms of size and robustness of studies. However most of what we do have suggests that training can produce modest increases in VO2max in the short to medium term. A meta-analysis indicates an average increase in whole-body oxygen consumption of 0.5 L/min with training. In a small study, previously sedentary people who performed moderate to high intensity training every second day increased their VO2max by an average of 21% after a year. 9-17% increases have been seen over 4-6 months among sedentary people.

In contrast, there have been examples of people who have rapidly improved. In a small study of 8 healthy, 20-42 year olds from way back in 1977 showed a more extreme increase in VO2max after just 10 weeks of training. The training program consisted of 40 minutes of intense exercise, 6 days per week. Sessions alternated between running (the maximum distance possible) and cycling intervals (6×5 minutes at VO2max with 2 minute recovery intervals at 50-60% VO2max). The result? An average increase in VO2max of 44%. Furthermore, half of the people achieved VO2max around the ‘excellent’ 60ml/kg/minute mark’. Whether ‘average’ people can achieve similar gains in such a short time is unknown. There was a diverse range in habitual activity levels between the few participants before they commenced the study, which makes it impossible to glean specific data.

In terms of long-term changes, there is an even greater lack of studies. Instead, there’s an overreliance on individual case studies. From these, it’s thought that the VO2max of elite athletes may not significantly change over the long term despite many years of intense training. But among other people, greater increases in VO2max may occur when intense training is performed over many years, depending on your baseline fitness. To achieve a very high VO2max, it may be necessary for people to start intense training at an early age. The ability to increase VO2max with training declines with age. It is thought that chronic training may produce more impressive results in the young years (eg:15-25).

Haemoglobin is a protein that carries oxygen through your blood. Increasing haemoglobin mass is another way you can increase oxygen delivery to your body (besides VO2max). Haemoglobin mass sits around 700g for ‘normal’ people, while former champion cross-country skier has had double. Training has been seen to increase haemoglobin mass by approximately 20%.

Aerobic training increases cardiac output, the amount of blood pumped by the heart per minute. This results in greater oxygen and nutrients being delivered to working muscles. The highest recorded cardiac output was 45.9ml/kg/min for a male cross-country skier. However, as of 2015, the highest identified through lab measurement was 42.3L/min.

Exercise efficiency refers to the amount of oxygen used/kg of body weight for a given amount of work. Case studies suggest it may increase throughout the careers of elite athletes, even when VO2max doesn’t. However, we don’t have any larger population studies that also support this view. Among the moderately trained of us, short-term endurance training can improve exercise efficiency. Improvements may be related due to both mechanical and metabolic factors. We don’t actually have a complete understanding of these, but they could include increased mitochondria and oxidative enzymes within muscle, stiffening of muscles which improves their ability to store and release elastic energy, and more efficient mechanics of movement. All allow us to hit performance targets with less wasted energy.

The lactate threshold and critical power reflect your body’s ability to perform intense activity. The lactate threshold is the intensity of exercise at which lactic acid begins to accumulate above resting levels. Critical power is the highest intensity at which you can perform with a steady oxygen uptake and without excess accumulation of fatigue-inducing metabolites. I did not come across ‘maximum’ values for either of these. It seems they can be improved among all of us- even in elite athletes. However, we haven’t identified the best strategies for doing so.

It seems that in first months-year of intense endurance training, ‘average’ people can get at least moderate improvements to their VO2max. Over the long-term, continuing to train may further increase the amount of oxygen your body can consume, particularly if you start when you’ve got a decent number of years ahead of you. However, for elite athletes, who are more likely near their peak, VO2max is less likely to increase. Asides from this, training has potential to improve performance via increases in haemoglobin mass, cardiac output, exercise efficiency, lactate threshold and critical power. Further, quality research would allow us to obtain more specific data regarding the physiological limits that can be expected for a variety of population subgroups… and the best means of reaching these.