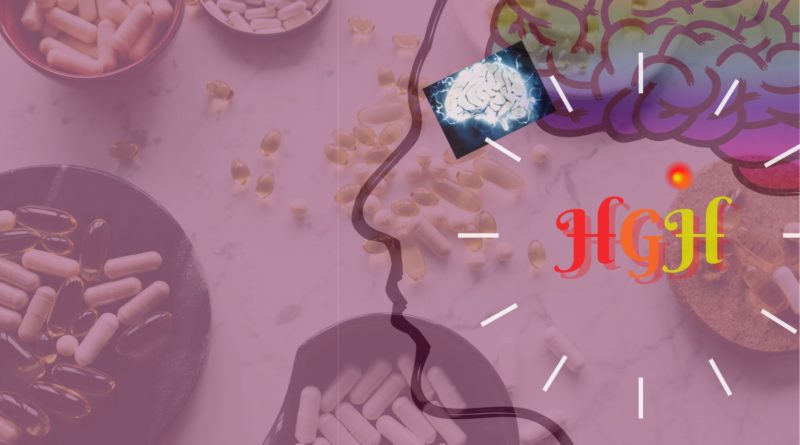 Arginine is a non-essential amino acid, meaning your body can synthesise it. However, some people aren’t content with this and use arginine supplements to boost their human growth hormone secretions (among other reasons…)

Exercise and arginine seem to have a moderating effect on each other. Now a couple of early studies suggested that arginine is more effective in boosting growth hormone if you abstain from exercise. This is controversial, not just because you’d clearly be losing a wide range of other benefits by not exercising- but because these studies were very small and do not provide enough statistical power to base decisions on.

In contrast, a more recent review indicated that:

The moral of the story is that if you are deficient and unable to exercise, arginine supplements could be a “plan B” option. But you can’t beat exercise.

GABA is an amino acid that acts as a calming neurotransmitter and aids sleep. As with melatonin, it may increase the hormone release directly and by its effects on sleep.

One small randomised controlled trial among fit young men found that 3g of GABA supplementation on a singular occasion increased growth hormone levels both at rest and when followed by resistance exercise. In this study, combining exercise with supplementation was more effective than using either alone.

However, we do not know what the cumulative effects of long term supplementation are. We are also lacking experimental proof that GABA supplementation results in improved muscle mass or strength- the primary reason one might want to increase growth hormone levels!

In addition, evidence suggests that GABA may not always increase growth hormone secretion. A theory explaining this is that might increase or decrease secretion depending on whether it acts on the hypothalamus or the pituitary gland (the site where growth hormone is released)

Beta-alanine supplements are on the market. They seem to have no effect on growth hormone, although combined with exercise, they may increase physical performance… likely through other means.

A small study where a carbohydrate-protein containing sports drink was used in conjunction with exercise showed that it increased growth hormone response on day one… but this was attenuated by day 2 and 3. By this point levels were not significantly different to placebo, suggesting any effects are short-lived.

In another study, taking a supplement containing 25g of caseinate and whey proteins actually diminished the growth hormone response- obviously the opposite of what body builders/protein chuggers may want.

These studies, however, are limited by their small size (among other things) and more exploration is warranted.

Arginine supplements may be most advised if you are clinically deficient in growth hormone, are in need of body composition and strength.aerobic capacity improvements, but are unable to exercise. Melatonin and GABA have potential, but we do not know what effect they have when used regularly. While there is interest in a range of other supplements, they do not seem to be effective.