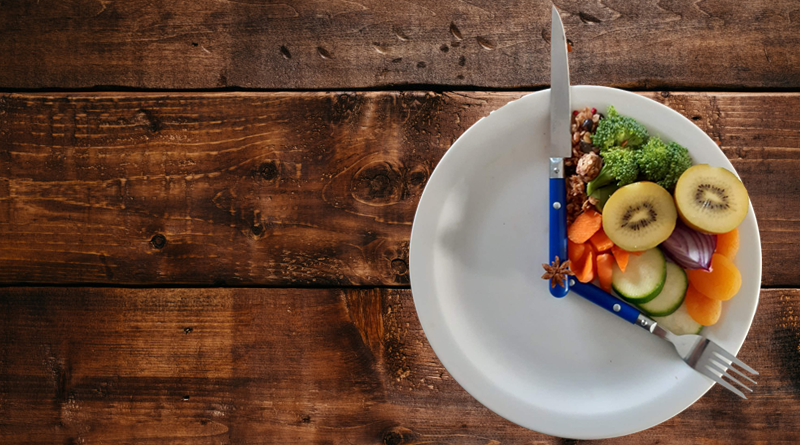 Several friends of mine have tried intermittent fasting in an effort to lose weight. Intermittent fasting is a pretty simple idea: don’t consume any energy through food or drink for certain periods of time, in order to use up fat stores and lose weight. The results of these friends, and the  evidence more broadly, suggests that it probably does work- at least in the short term. Of course, any method of sufficient energy restriction will be temporarily effective- heck, if you only ate two chocolate bars a day, chances are you’d still lose weight.

So the answer to whether intermittent fasting can help someone lose weight is obvious. But there are more pertinent questions we need to address, to determine how wise a method it is.

Accurately assessing the impact of intermittent fasting is complicated by the fact that there are a wide variety of intermittent fasting approaches, each of which stipulate a different timing and amount of energy intake. There’s alternate day fasting, where nothing (yes, nothing!) is consumed every second day; slightly more lenient is a modified regime where one can consume 25% of their energy needs on their fasting days. Every other day one may eat at will. Other options include fasting for two non-consecutive days a week, or avoiding eating or drinking between certain hours of each day (time-restricted feeding)… or possibly any other combination you can imagine. This in itself is a problem because each regimen likely has a different effect, and there is so far insufficient evidence from human studies into intermittent fasting generally, let alone for each of these individual options.

Keeping this in mind, let’s look at what evidence does tell us…

Is intermittent fasting more effective for weight management than other dietary strategies?

Despite the fact it appears no more effective than other dietary strategies, intermittent fasting has been enthusiastically taken up and promoted by the press much more quickly than buithe evidence in support of it has been built up.

Most other ‘diets’ rely on continuous or daily caloric restriction- i.e. eating less every day. Reviews of studies into daily caloric restriction and intermittent fasting showed that both methods may be equally effective for weight loss and fat loss (as well as improved insulin sensitivity and fasting insulin levels- but more about that later) in the short term (up to 24 weeks).

Only one trial reviewed convincingly demonstrated that intermittent fasting may contribute to greater fat loss than continuous energy restriction. In this study, subjects who were on an intermittent energy and carbohydrate restriction spontaneously consumed 23-32% less energy on their ‘free’ days. It seems that this self-guided reduction in intake accounts for the enhanced fat loss. However, it is doubtful that everyone would respond in kind to intermittent fasting. Even in this study, far from spontaneously reducing their intake in ‘free’ days, some women dropped out as they were not able to adhere to the prescribed regimen on fasting days.

A single review from 2011 suggested that people may lose less fat-free mass (i.e. muscle and other tissue) with intermittent fasting compared to other diets. Maintaining or increasing fat-free mass is central to maintaining your basal metabolic rate at a higher level, and therefore providing some protection against weight gain in the future. But- and this is a big but- it is too early to get excited about this. This comparison of study results may be compromised by the fact that very different populations were studied. Also, some of the studies examined groups of people so small it’d be absurd to claim the findings are representative. Very different methodologies and ways of measuring food intake were used between studies. Furthermore, the studies of intermittent fasting used less accurate means of measuring fat-free mass than in the studies of daily caloric restriction, which could skew the results.

So intermittent fasting may not be ‘better’ than other diets. However, it is still considered by some to be preferential by virtue of being easier to maintain. When diets based on daily caloric restriction are used in research, an individual tends to be instructed to reduce their energy intake by 20-50% of their personal energy needs every day.  Some people may simply find it easier to restrict themselves more severely for shorter periods of time than enduring a milder level of deprivation continuously.

What other impacts does it have on health?

There’s no doubt that the human body is adapted to surviving in periods of fasting- throughout history, and in many parts of the world today, access to food was scarce and unreliable, so being able to live on the bodies’ stored fuel reserves has been crucial to survival. However, whether fasting is beneficial to the human body is quite another question.

With this question in mind, people have gotten over-excited about rats having less risk factors for diabetes, cardiovascular disease, inflammatory conditions and cancer once they follow an intermittent fasting regime. In time we may have more substantial evidence for these benefits, but for now people need to chill out as the existing evidence from human studies is much more of a mixed bag.

A 2015 systematic review of the scientific literature uncovered 275 studies, of which only three were randomised controlled trials using humans as subjects (the most valuable data). Of these, some 12-week studies suggested some benefits to mood, cardiovascular health, or DNA damage. However, no correction for multiple comparisons were made, which makes these findings unreliable.

Further research is needed to explore other hints that intermittent fasting may lead to reduced insulin resistance, and biomarkers related to cardiovascular disease and cancer-related biomarkers. Research will also help understand whether any health benefits differ from those obtained by other dietary regimens. Finally, in time we may also have greater understanding of whether any benefits are available to all people who intermittently fast, or to people with certain physiological characteristics.

On the flip side, at this stage we don’t have sufficient evidence for harm from intermittent fasting.

How effective is intermittent fasting for long-term weight management?

This is unknown. Most studies have examined intermittent fasting for up to 12 weeks; the longest study reviewed went for 24 weeks.

Further research is needed. It would be worth considering how long people can sustain such an eating pattern; whether the pattern of weight change alters over time as the diet is continued; and the impacts on weight management beyond discontinuation of a regimen.

One study showed that people’s hunger levels remained high on fasting days, no matter how long they followed the program. This suggests risk of failing to adhere to the regime long term.

Any detrimental impacts on metabolic rate should be considered. One way the human body may adapt to periods of prolonged or severe energy restriction is to use less energy by reducing its metabolic rate. It is well known that people often gain more weight when they stop a diet, largely because their body has been trained to hold on to energy. Whether this applies equally to intermittent fasting is an important area for study.

Some individuals find intermittent fasting easier than other diets- and therefore more effective. Others do not. So you would really have to judge for yourself. Globally though, the short-term results are comparable to any other caloric method of restriction. We need more human studies to be sure of its impact on long-term weight management, and what other health impacts there are.