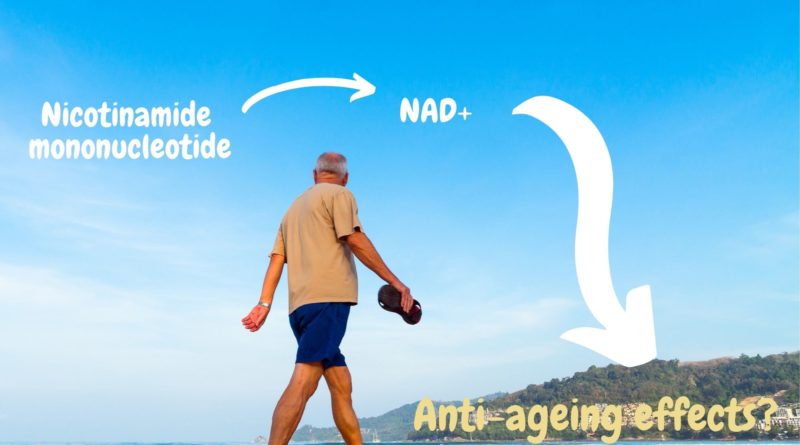 Nicotinamide mononucleotide (NMN) has hit the headlines, and the shelves, for its purported anti-ageing benefits. It has the potential to reverse the natural drop in NAD+ levels with age, much like nicotinamide riboside. But should it be considered an alternative to nicotinamide riboside supplements? How effective and safe is it as an anti-ageing therapy, or to manage certain conditions? We give you the low-down of the science.

Contents hide
1 What is nicotinamide mononucleotide (NMN)?
2 Many enzymatic reactions… many functions within the body
3 How does the body absorb and metabolise NMN?
4 Where can you get NMN?
5 How safe is NMN supplementation?
6 Which is better: NMN or NR supplementation?
7 The Verdict
8 References
8.1 Related

What is nicotinamide mononucleotide (NMN)?

Nicotinamide mononucleotide (NMN) is a coenzyme (i.e. is required for an enzyme to work) and a key precursor to NAD+ synthesis. In fact, it is involved in two of the body’s three NAD+ production pathways. (These are the most used pathway, where NAD+ is synthesised from salvaged nicotinamide or nicotinic acid; and the conversion of NR to NAD+). Plus the availability of NMN limits the rate of NAD+ production in mammals.

This relationship to NAD+ accounts for the current interest in NMN. NAD+ is a coenzyme to approximately 500 enzymatic reactions, and mediates most of the biological actions of NMN. Furthermore, a depletion in NAD+ is associated with ageing. For example, NAD+ fuels NADase, an enzyme that is involved in DNA repair, metabolism, and cell death. Insufficient NAD+ can limit the activity of NADase, therefore contributing to age-related DNA damage. A depletion in NAD+ can also reduce the energy production of mitochondria within several tissues. This means less energy to fuel cell function. NMN exists in two forms, although only the beta-form is biologically active.

Many enzymatic reactions… many functions within the body

Because of the many enzymes NAD+ helps, it is expected that NMN administration can improve age-related dysfunctions in many tissues. Diverse health benefits have been observed… among animals. However, as you’ll see, there have been few clinical studies on its usefulness for us humanoids.

A small randomised controlled trial published this year (2021), provided a tiny amount of support for the hypothesis that NMN has anti-diabetic effects among humans too. In it, NMN supplementation improved insulin sensitivity of the muscle of overweight and obese postmenopausal women with pre-diabetes. There was also an upregulation in expression of genes involved in muscle remodelling. This was despite no detected change to NAD+ levels.

Some researchers postulate that NMN may only have mild effects in humans- in contrast to animals. However, I think there simply hasn’t been enough research to come to such conclusions. The researchers highlighted the apparent inability of NMN to efficiently increase NAD+ levels within human tissues. However, it is not yet known whether there is an actual inefficiency, or rather just an appearance of inefficiency. For example, the studies may be too brief to achieve- and observe- increases in NAD+. The studies also primarily use people who begin with normal NAD+ levels, who may be less likely to benefit. Longer studies, with larger sample sizes including people who have low NAD+ levels are required.

How does the body absorb and metabolise NMN?

Outside cells, an enzyme converts NMN to nicotinamide riboside (NR), which is then taken into the cell. Within the cell it can be converted back to NMN and then NAD+. It has also been proposed that NMN may be directly transported into cells, however we don’t yet have substantial proof for this.

It appears (at least in mice) that NMN absorption begins quickly. It’s been seen in mice blood within 2-3 minutes of oral consumption, and in tissue within 15 minutes. As far as humans go, we only have information from a 2020 study of 10 healthy men. After these men consumed NMN, the concentration of two nicotinamide metabolites continued to increase for the whole 5-hour duration of the experiments.Whether they would continue to increase beyond the 5 hours or not, I’m not sure-  I was unable to find out how long it takes for the humans to fully metabolise NMN. Meanwhile another metabolite, methylnicotinamide, peaked earlier- and at a lower concentration. The higher the dose, the larger the increase.

Unfortunately, this small study failed to measure levels of NMN in the blood or NAD+ in tissues. But apparently there is another study in progress that will. Watch this space…

Where can you get NMN?

The body can also convert nicotinic riboside, nicotinamide and nicotinic acid to NMN.

There are also supplements available…. But to date, we can’t be sure whether they are either safe or useful.

How safe is NMN supplementation?

Some of the interest in NMN (along with nicotinamide riboside) comes from the fact that supplements of NAD+ and other NAD+ precursors have well-known side effects. High doses of NAD+ can lead to insomnia, fatigue, and anxiety. Nicotinic acid and nicotinamide can cause liver toxicity, nausea and flushing.

Based on animal studies, it is thought that NMN may have fewer side effects. While increased markers of liver and kidney damage have been seen with repeated high doses among mice and beagle dogs respectively, moderate doses appear safe.

However, the reality is that there has been little investigation into its safety for us. We have no evidence related to long-term supplementation. A 2020 study suggests a single dose of up to 500mg is possibly okay… However, even this is disputable, seeing it was only a weak, preliminary study. It was a tiny- including only 10 healthy men, and there was no randomisation and no control group.

If NMN supplementation is eventually found to be ‘generally’ safe, there could still be situations in which it is ill advised. For example, there’s been a bit of debate over whether NMN accumulates after nerve injury in mice, eventually activating degenerative processes in axons (the signal-conducting part of neurons) among mice. Other animal and cell culture studies suggest high doses have caused NMN to build up, resulting in damage to certain brain regions or neurological functions. So, lower doses may be wiser in some situations. There is also literature out there that suggests that boosting NAD+ levels (through undefined means) might be a risk factor for tumour growth, inhibit enzymes or deplete other molecules via an accumulation of nicotinamide. At the moment these are just possibilities, but they do indicate the necessity of much more thorough investigation. We need to find out if, and how, optimal dosages and safety vary with treatment objectives and target organs.

Which is better: NMN or NR supplementation?

Basically, I dunno. Seeing as both are NAD+ precursors, it may not surprise you that there are some similarities in functions of nicotinamide mononucleotide and nicotinamide riboside… but there are also distinctions. Unfortunately we don’t know enough about the distinctions. For example, there have been mice models suggesting that in Friedreich’s Ataxia, a rare disease, NMN may improve heart function… while NR can’t.  Does this make NMN better? At least in this specific situation? Not necessarily- this finding is made less reliable by the differences in the amount and timing of supplements between study groups.

In terms of bioavailability, nicotinamide riboside is superior. This is because nicotinamide mononucleotide has to be converted into nicotinamide riboside before it can be absorbed into the body. However, there is still a substantial loss of both NR and NMN during the processes of absorption from the gut and processing by the liver. Which means small fractions are delivered to the body tissues.

Nicotinamide mononucleotide may become a veritable NAD+-boosting, anti-ageing supplement in the future. At present though, there’s an overreliance on animal studies, and a huge lack of clinical studies to support its use. We have no idea if chronic use of it is effective and safe among humans, or in which situations… Neither do we have any clue at what the ideal doses may be. Perhaps doses will vary based on the objective of treatment. However, we are some way from knowing the detail that would allow us to tailor interventions so specifically. But take heart, clinical studies have been launched, and with any luck these questions will be answered in due time. In the meantime, I’d stick to other NAD+-friendly strategies, such as consuming a balanced diet of NMN-containing foods, and possibly short term supplementation with nicotinamide riboside.