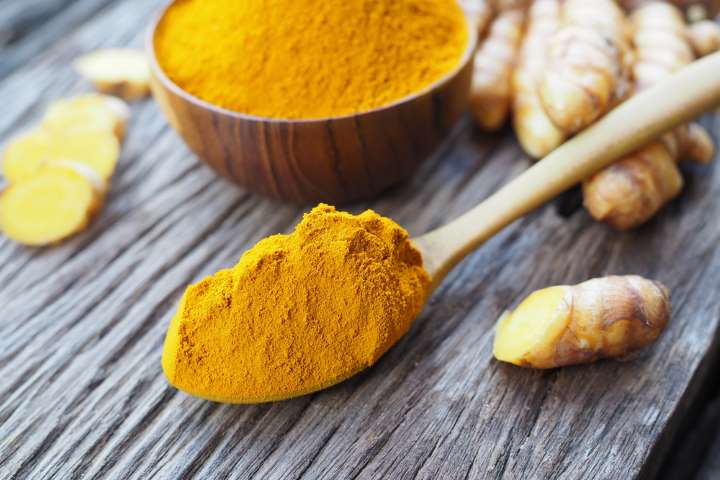 Disclosure: We receive a small commission for purchases made via affiliate links

You may have noticed a surge in popularity of turmeric, turmacin over the last few years. Now consumables such as turmeric teas, nut spreads and supplements are common place. The truth is, it has actually been a popular spice in India for thousands of years, used in cooking and for Ayurvedic medicinal and religious purposes, and used in other parts of the world for hundreds of years.

What You Will Learn hide
1 Turmerosaccharides unique to turmeric
2 Curcumin: key compound in turmeric
3 What is the best way to consume?
4 What are the side effects to consuming too much turmeric?
5 The Verdict
5.1 Related

Traditional Ayurvedic uses of turmeric include infection, wound, and injury treatments, plus the prevention of chronic diseases such as diabetes, asthma, and various inflammatory diseases. It has taken a while for Westerners, and western science, to catch on. And we have obtained evidence in support of the value of this delicious orange spice.

While there are a number of phytochemicals which may contribute to the benefits of turmeric, two of the key ones are turmerosaccharides and curcumin.

Turmerosaccharides are long chains of carbohydrates unique to turmeric. I was unable to ascertain the quantity of turmerosaccharides that are naturally present in turmeric. However, a turmeric extract known as Turmacin containing > 10%  turmerosaccharides by weight has been developed. Generally supplements do contain higher concentrations of active ingredients than food sources, so it can be expected in this case too. Turcamin also contains a negligible amount of curcuminoids, so it is thought that the effects of Turmucin can primarily be attriuted to turmerosaccharides.

Turcamin (i.e. turmerosaccharides) appear to have therapeutic benefits in osteoarthritis prevention and management. These include:

Curcumin is a polyphenol with a range of benefits:

Curcumin makes up approximately 2-6% of turmeric by weight, which means you won’t get much simply by adding turmeric to dishes in ‘normal’ amounts. More significantly, though, the effect of curcumin is limited by poor bioavailability- i.e. it is not particularly well absorbed into the system. In addition, it is rapidly metabolised and excreted, giving a limited window of opportunity for action.

As a fat-soluble molecule, it is better absorbed along with fat than aqueous solutions. So consuming a whole milk turmeric latte, for example, would provide you more of the active ingredient than a turmeric tea. Another way to increase absorption is to consume it with black pepper (which contains piperine). However, even curcumin doses up to 12 grams per day taken orally have been seen to have limited effect- in one study only two of 24 volunteers consuming 10g or 12g showed modest amounts of curcumin in the blood, while others had none.

There have been efforts to increase bioavailability- for example by incorporating curcumin into a solid lipid (fatty) particle. These have improved solubility, and moreover, mouse tissue culture studies have shown that they dull the inflammatory responses of macrophages (immune cells). Further studies should be done to confirm these findings, and to see whether they are equally applicable to humans.

Other supplement formulations may also increase absorption. Two supplements where curcumin was mixed with different fatty molecules produced 7.9 times and 1.3 times more curcuminoid presence in the blood compared to regular curcumin supplements. Curcuminoids are a group of related chemicals found in turmeric, of which curcumin is the most potent. Interestingly, the supplement producing the most impressive result here actually increased the presence of a less potent form of curcuminoid in the blood in preference to curcumin. A different supplement- combining curcumin with derivatives of cellulose, a natural antioxidant and a carrier that can mix with water produced 45.9 times higher blood curcuminoid levels than regular curcumin supplements. Another compound of interest is tetrahydrocurcumin – a  metabolite produced from curcumin that has even higher antioxidant and possibly anti-inflammatory activities. Unsurprisingly, the supplements producing the highest blood curcumin levels also produced the highest tetrahydrocurcumin levels.

A strength of the above study is that it was a  randomized, double-blind, crossover human study in healthy volunteers, which takes out a lot of risk of placebo effects and bias, and of differences in physiology between volunteers confounding the results. On the other hand, it was a small study of only 12 people. Also, data capture ended before it is expected that curcuminoids would be eliminated from the blood. To get a more complete picture of the effects, it would be worth collecting blood over a longer period of time.

What is the best way to consume?

To get specific therapeutic benefits, you may need to take supplements or foods that are enriched in turmeric. There are a number of turmeric and curcumin supplements on the market that use piperine and/or fats to increase their effect. There are currently far fewer choices for supplements offering concentrated levels of turmerosaccharides.

As an alternative to supplements, you could take advantage of the enhanced curcumin absorption by trying turmeric nut butters or adding turmeric to dishes that contain fat and black pepper.

Of course, like all good things in life- there is also the potential for too much. So you should only increase your turmeric intake slowly, with caution, and medical guidance that takes into account your particular needs and any pre-existing conditions or medications.

What are the side effects to consuming too much turmeric?

Generally, consuming turmeric in moderate amounts in its natural whole form should be safe,  as there are limitations to the quantity of chemically active compounds you will absorb. However, there are reports of some people experiencing nausea, dizziness, diarrhoea and even an abnormal heart rhythm when taking turmeric.

Risk is increased when taking supplements, because of the much higher doses they provide. I was unable to determine a consensus from the literature on what the upper limit should be for either whole turmeric, curcumin or turmerosaccharide supplements. However, the European Food Safety Authority in 2010 suggested that a curcumin intake of 3mg for each kilogram of body weight each day is adequate and safe.

Extra care should be taken if you’re pregnant, trying to have a baby (men or women), have gallbladder problems, bleeding disorders or taking medications to reduce blood clotting, diabetes, hormone-sensitive conditions or upcoming surgery.

Turmeric is certainly a healthy ingredient to include in your diet. But if you’re looking for a significant boost to any specific dimension of health, supplements of turmeric, turmerrosaccharides or curcumin are probably the way to go (the research is suggestive of their benefit- alas not quite definitive)… BUT, make sure to talk to your doctor first, as there can be some nasty side effects to having too much… and there are a number of people who are particularly at risk. 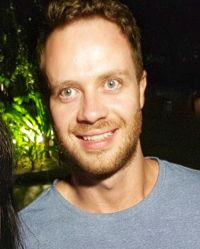 I’m the co-founder of Evidently Healthy, the resident biohacker and a marketer’s dream. As someone who believes you can’t put a price on health. I’m passionate about improving lifespan and health span. In my spare time I enjoy traveling, snowboarding, diving, podcasts, exercise and eating in and out. #Coffee-Lover Rating global coffee bean for years..

I’m the co-founder of Evidently Healthy, the resident biohacker and a marketer’s dream. As someone who believes you can’t put a price on health. I’m passionate about improving lifespan and health span. In my spare time I enjoy traveling, snowboarding, diving, podcasts, exercise and eating in and out. #Coffee-Lover Rating global coffee bean for years..

5 thoughts on “Turmeric: An Ancient Spice Worth Its Weight in Gold”