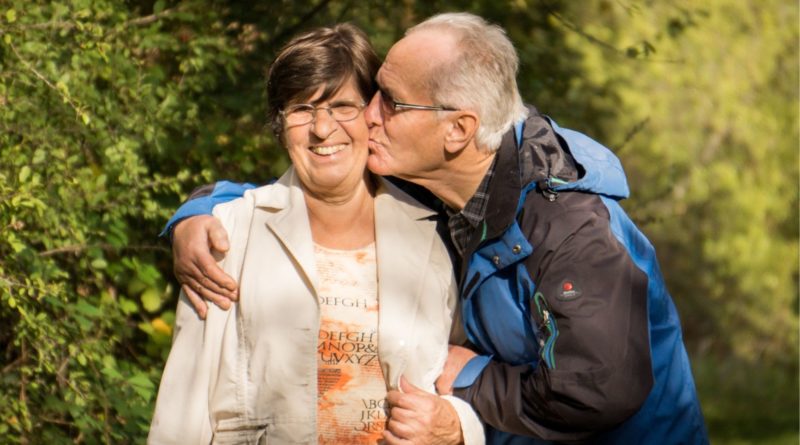 As previously outlined, telomere length plays a role in ageing– including many common age-associated diseases. These range from diabetes to osteoarthritis, to glaucoma and cataracts. Here, we’re going to examine in greater depth the relationship between telomere length and inflammatory conditions broadly, with a more particular focus on cardiovascular disease and mental health, plus cancer among adults. We’ll finish with what we all really want to know- is there anything that can be done to preserve telomere length?

Furthermore, chronic inflammation and telomere and/or telomerase problems have been directly linked in many studies. Some cell culture studies support the premise of inflammation directly damaging telomeres.In contrast, other studies have shown that in certain cells, a disruption of telomeres acts as a signal to stimulate inflammation. Whether this occurs in equal measure within the body is not clear. As the data we have is not unequivocal, we really don’t know if there is a causative relationship here. And if it is, we cannot be certain which causes which, or even if there’s a two-way relationship between inflammation and telomere shortening.

In addition, as mentioned in Part One, a scientific review published in just 2019 even calls into question the relationship between oxidative stress, inflammation and telomere length, and propose there may be a much more complicated picture.

It is generally accepted that cardiovascular disease is one of the many conditions associated with critically short telomeres. This is despite a range of results being found in different research papers on the topic, i.e.:

Despite these contradictions, the consensus is that it does increase risk of CVD. However, further randomised controlled trials should be conducted in order to remove any traces of doubt. These should take into account of the potential influence of age.

The mind-body connection is well known- i.e. the effects of mental health on physiology and vice versa. Interestingly, telomere length may be a marker of this phenomenon.  We’ve seen the mediating  role of adversity and maternal stress on children in part two. Adults may likewise be affected.

Short telomeres have been linked to several mental health conditions.

However, because nothing is easy, some studies have also revealed long telomere lengths in people with psychiatric disorders. Plus, a large study of older people published in February/March of this year (2020), found no association between optimism and telomere length. This was the case even after potentially confounding variables such as sociodemographics, depression, and health status were taken into account.

If we were to make the premature assumption that shorter telomeres cause the mental illness, the intricacies and mechanism of the relationship still remains unclear.

Telomere length seems to have a U-shaped relationship with cancer. At least this is the case for the risk profiles of several cancer types i.e. risk is elevated at critically short or critically long telomeres.

Graphic made in canva.com using telomere image from GreenVector at https://www.bigstockphoto.com/

It’s pretty clear that long telomeres can play a role in cancer growth and spread. Cancer cells have the ability to enhance telomerase activity and other functions that mean lengthened telomeres… which then allows for possibly infinite cell divisions. Whether this happens early or late in the cancer progression is unknown. But it has been seen in a number of cancers, including most paediatric leukemias and solid tumours of embryos.

Because of this, one school of thought is that telomere shortening and loss of sheltarin integrity have anticancer effects.

Shortening has also received some blame. The instability in chromosomes with critically short telomeres can cause mutations that contribute to tumour formation. This is more likely when someone also lacks functional tumor suppressor genes. In addition, sometimes short, uncapped telomeres can fuse with each other, which increases genetic instability. Mutations in shelterin or other related genes, such as those responsible for maintaining telomere length, are also linked with certain types of cancer.

The trade off between cancers and risk of other conditions such as CVD has to be considered in regards to any intervention aimed at altering telomere length.

Having information on the lengths of our telomeres could be useful in medical assessments. However, our diagnostic capacities have a number of weaknesses. For one, there are a wide variety of testing protocols used out there. And they often provide different results.

In addition, genetic mutations responsible for telomere shortening can’t be identified in approximately 40% of cases, We don’t know all the genes that may be involved in telomere shortening, and other non-genetic factors may also play a role.

There is a theory that the length of the shortest telomere, as opposed to the average telomere length, triggers cell cycle arrest, genomic instability and senescence. If this proves to be the case in the future, it will have to shape testing procedures and analysis.

I like to think that exercise would help increase or maintain telomere length, as one of my entrenched biases is that exercise is one of the best medicines. Unfortunately the evidence forces me to proceed cautiously here.

A rigorous 2015 systematic review and meta-analysis found no association between physical activity and telomere length in 54% of key studies. Meanwhile, 41% suggested exercise was linked with (mostly weak to moderate) improvement, whereas 5% showed a curvilinear relationship i.e. . Separating out the studies, it may be that either low or excessive activity is associated with shorter telomeres, while moderate levels are associated with longer. There were also a number of problems that limit the strength of  the studies analysed, such as inadequate blinding of researchers and self-reporting of exercise levels (both of which leave room for bias), incompatible modes of exercise or tissue types examined.

One large study  of 5862 middle-aged women from 2012 showed no association between physical activity levels and leukocyte telomere length. However, when other low-risk factors for telomere shortening were added to the analysis (smoking, adiposity, alcohol use and diet) a significant effect was seen. This adds some mystery.

Assuming for a moment that there is a true association between habitual moderate intensity exercise and longer telomeres… then one school of thought is that this relates to a known chronic effect of exercise: an increase in antioxidant defenses to fight oxidation and inflammation. As noted previously, the role of oxidation and inflammation in telomere shortening has come under some scrutiny. However, assuming that there is a causative relationship between increased antioxidant capacity and telomere maintenance, it is still possible that exercise could decrease telomere shortening through some other means, which then prevents inflammation, or vice versa.

Another hypothesis is that exercise increases telomerase (although there is ALSO inconsistent evidence here).

Other generic factors such as healthy eating patterns, maintaining a healthy body weight, getting adequate sleep, and keeping stress low have been associated with less inflammation and longer telomeres and/or telomerase. Meditation itself has been reported to reduce stress, downregulate inflammatory genes and increase the activity of telomerase by up to 43%. More studies are warranted to clarify these findings and to elucidate dose-response effects… but in any case, you can’t go wrong with the classic slow-fix of a healthy lifestyle, with its myriad of benefits besides any direct impact on telomeres.

Androgens such as Danazol

For several years, androgens (anabolic steroid hormones related to testosterone) have been used for some short telomere cases. As a result, red blood cell counts have increased in approximately 50% of patients with aplastic anaemia. Furthermore, associations with improvements in bone marrow failure have been seen.

However, there have been mixed results regarding danazol’s actual ability to increase telomerase activity & slow telomere shortening. There are also potential side effects that could be particularly risky for older men. Therefore more evidence is needed before the routine use of danazol can be recommended in cases of significant telomere shortening.

Extracts of Astragalus species. plants contain cycloastragenol (see below) and seem able to stimulate telomerase activity, and therefore may have value in managing short telomeres. For example, a cell culture study has suggested that exposure of leukocytes to an extract of the plant Astragalus mongholicus was roughly as effective as danazol in lengthening telomeres. This is an extremely small study (samples taken from 18 healthy people), conducted over a short period (3 days). It mainly serves as a pilot to guide potentially larger, higher quality studies to accurately determine both its power and potential risks.

Other medicines and potential therapeutic approaches of the future

Statins (cholesterol-lowering drugs) and ACE inhibitors (blood pressure lowering drugs), while having other primary purposes, are anti-inflammatory and have been shown to increase telomerase activity and/or transcription of a key gene involved in telomere maintenance.

There are some novel therapeutic approaches being investigated. For example, researchers are looking for medicinal means of activating telomerase. Candidates for possible future treatments include resveratrol, genistein and cycloastragenol- however much further study is needed for it to become a reality.

Gene therapy is also in the future. It’s possible that genes involved in telomere maintenance may be targeted in therapies. However, currently studies in this field are very much in their infancy and limited to animal models.

Organ transplant is clearly not something you’d need if you just have short telomeres. But for people who have short telomere syndromes with end-organ failure and substantial risk of morbidity and mortality, it may be a consideration.

85-90% of tumour cells have the enzyme telomerase. In contrast, most normal adults do not (where it is present (i.e. stem cells) it is strictly regulated). Therefore, it would seem that telomerase inhibition would be a good idea. However, animal studies have shown only limited success against bone marrow tumours, and next to none against solid tumours.

In studies, telomerase inhibitors do appear more effective in cells with short telomeres.

It is thus thought the lack of global success of telomerase inhibition against tumours is because it will only be effective when telomeres shorten below a minimum length… and it could take quite a while (and number of cell replications) for this threshold to be met. Therefore, telomerase inhibition is not always recommended.

A potential option (that needs more study) may be telomere uncapping. Research to date shows it may cause cell death or a loss of cell function regardless of what the telomere length is or how active telomerase is.

The weight of evidence historically suggests a link between telomere shortening and a wide variety of inflammatory conditions, however recent data puts a bit of a question mark over this… and suggests there may be other factors not previously accounted for also at play. Yet it seems short telomeres do increase risk of heart disease, and mental health conditions can have detrimental impacts on telomeres. This goes to show both what a significant impact this little chromosomal structure can have, and one of the scientific reasons why mental health is critical to overall health. We don’t have fail-safe ways to prevent or manage telomere shortening as yet. Exercise, and androgen therapy may help in some cases, and there is potential for a general lifestyle improvements and herbal therapy to be beneficial too… as well as the use of novel medical approached. More research in these areas is critical.

Telomere length also has a role to play in cancer prevention and treatment. Factors which elongate telomeres can promote the growth of cancerous tumours, while short telomeres can favour the intial genesis of tumours. Telomerase inhibitors seem to have limited therapeutic potential, whereas agents that uncap telomeres may be a viable option in the future.